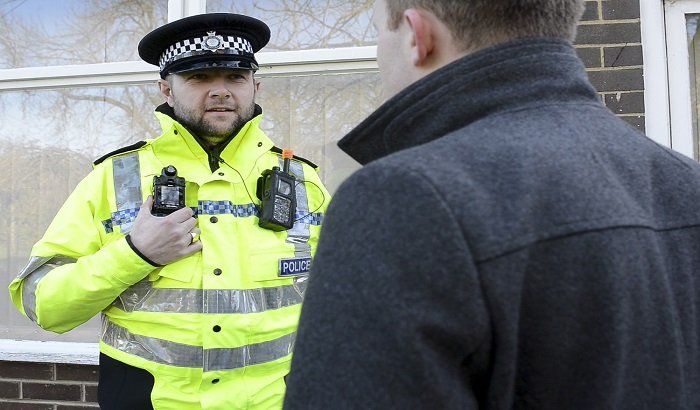 West Yorkshire Police’s technological transformation is taking another step forward. The Force has agreed a contract that sees officers and staff across the county wearing the latest state of the art body worn video cameras during their duties.

Following a recent pilot of the devices in the Bradford District, a phased roll out will now begin.

West Yorkshire Police and Crime Commissioner, Mark Burns-Williamson has invested £2 million pounds from a 'Transformation Fund' to support the project.

“These devices will undoubtedly play a crucial role in the future of policing and members of the public can expect to see them routinely worn as part of our daily business. Their introduction marks a sea change in the way we are able to go about our work, ensuring the most vulnerable remain safe and feel safe.

“The Force has previously taken part in a Cambridge University study into their use, which has involved various models of camera. The outcome of this research has indicated that they hold some significant and tangible benefits.

“They have the potential to improve the efficiency and effectiveness of the criminal justice system, further improving integrity and the corroboration of evidence by acting as an 'independent witness’.

“Likewise, they have shown to lead to an increase in early guilty pleas, which would mean a reduction in the need for victims, witnesses and the police in West Yorkshire to attend Court.”

PCC Mr Burns-Williamson added: “I have promised to put victims of crime, in particular the most vulnerable first, and the use of Body Worn Cameras provides increased support to victims and witnesses and reduces the number of victims required to attend Court.

“Their use also means increased benefits for police accountability and transparency which will lead to greater confidence in the police all round I believe.

“They will allow officers to improve evidence gathering which leads to better criminal justice outcomes and increased protection for officers, they will also ensure public complaints can be resolved more quickly and conclusively where they occur.

“That is why I have made this investment in technology which can reduce crime, increase detections and make people safer and feel safer. It's another significant step forward for the police in West Yorkshire and I will look forward to seeing the results as the cameras are rolled out across the county.”

Mr Battle added: “When officers have worn the cameras, there is also evidence that people’s behaviour has changed when they know they are being filmed and that incidents are resolved more effectively.

“It represents a further innovation for the Force following the introduction of hand held devices, which enable officers to conduct work online and spend more time in communities.”