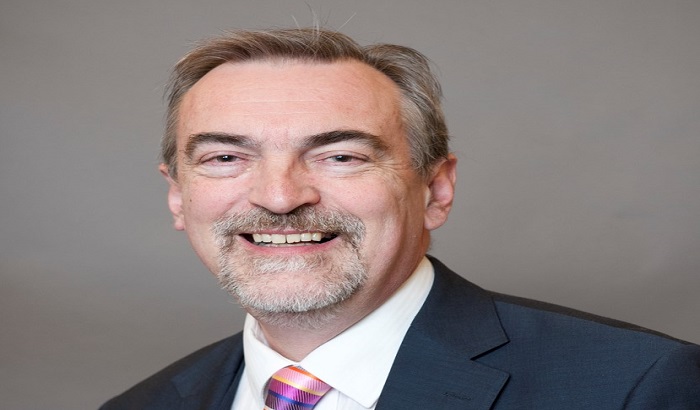 Tributes have been paid to the hugely respected former head of Leeds Museums and Galleries John Roles, who died this week following a long illness.

After joining Leeds City Council in 2004, John oversaw the transformation of the city’s nine museums and galleries sites into the country’s largest local authority museum service.

Developing a team committed to excellence, inclusivity, engagement and relevance, John was also able to secure significant investment for the service, which included the openings of the state-of-the-art Leeds Discovery Centre in 2007 and Leeds City Museum in 2008.

Known for his encyclopaedic knowledge of exhibits and local history, John was also a respected, admired and popular colleague amongst staff across the service and the council.

Yvonne Hardman, interim head of Leeds Museums and Galleries, said: “John’s passion for the importance of museums was demonstrated by his generosity in mentoring many people over the years and his willingness to share his expertise in national and international initiatives.

“One of his greatest skills was to empower his staff to become leaders and influencers, supporting them to experiment and be creative. John was part of and encouraged his teams to be part of networks and partnerships, supporting the museum and gallery sector regionally and nationally. He demonstrated a lifelong commitment to the importance of arts, museums and culture for the whole community while playing a leading, dynamic role in the arts and culture life of Leeds. He will be very sadly missed.”

With a career in museums spanning more than 35 years, John began as an education officer in Cheltenham, before becoming the first curator of Royston Museum.

In 1986, he became curator of local history and archaeology in Brighton. He was head of collections with the Royal Pavilion, Libraries and Museums, Brighton and Hove and was project director for the award winning ‘My Brighton’ community history project and managed the £10m refurbishment of Brighton Museum and Art Gallery.

In Leeds, John was a trustee of the Thackray Medical Museum and honorary secretary of the Leeds Art Fund, committee member for the Leeds Craft and Design Gallery and for the Leeds Philosophical and Literary Society, which had recently made him an honorary member.

He served on the Museums Association’s Museum Taskforce, represented Leeds on the English Civic Museums Network and was a member of the National Museum Directors’ Council.

He retired last month from his post in Leeds due to ill health at the age of 63.

“His knowledge and experience was an asset to the council and to the city as a whole but most importantly he was a kind and popular member of the team and our thoughts are with his family and friends.”