The UK Government ‘failed in its duty of care’ to doctors and the healthcare workforce in Yorkshire in its handling of the pandemic, says BMA 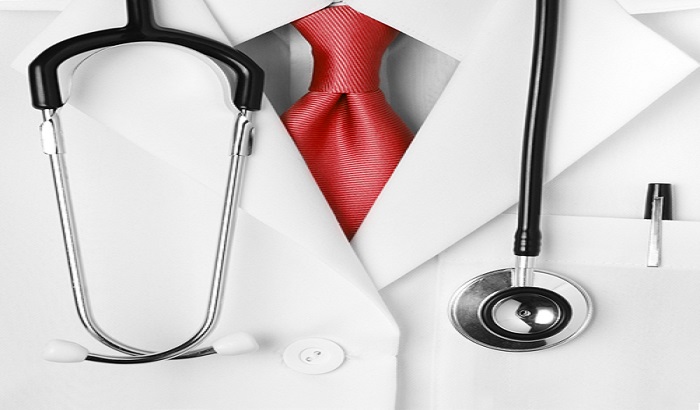 A major review into the UK Government’s handling of the pandemic and its impact on the NHS, the health of the population, and doctors, has been undertaken by the BMA. The first two reports conclude that the UK Government failed in its duty of care to protect doctors and the wider healthcare workforce from avoidable harm and suffering in its management of the COVID-19 pandemic. This failure is evidenced in detail and published today by the BMA.

The reports, part of a series of five, are the most comprehensive accounts of the lived experiences of doctors throughout the pandemic, collated from thousands of doctors across the UK and in Yorkshire, including those who were on the frontline during COVID-19. They also draw upon real-time surveys over the past two years, as well as formal testimonies, data and evidence sessions from stakeholders. Page after page details the devastating impact of the pandemic on medical professionals as individuals, and on the NHS, showing mistake after mistake – errors of judgement and policy made by the UK Government - which amount to a failure of a duty of care to the workforce.

In what is believed to be the first documented account of its kind, doctors from across the UK have spoken out about their own experiences during the pandemic, recounting their fears and anxieties as well as laying bare the shortages of PPE, a lack of timely and adequate risk assessments, and the huge impact on their mental and physical health.

The reports, which will also form part of the BMA’s submission to the UK COVID-19 Public Inquiry, make a series of recommendations about lessons which must be learned as well as presenting evidence of where things went wrong.

“Given the enormous efforts that doctors and health care workers in Yorkshire have gone to throughout the pandemic and the enormous toll it has taken, the findings of these reports are hugely significant.

“In gathering this information, the BMA has committed to ensuring there is vital evidence of perhaps one of the most traumatic chapters in NHS history, with a view to ensuring that the Government does not make the same grave mistakes again.

“We know that doctors in Yorkshire were working tirelessly, in very challenging circumstances, at times without the appropriate PPE. Working as a GP myself, I was able to see first-hand the tremendous efforts that primary care staff went to having to adapt the delivery of care to ensure patients received treatment whilst practices were Covid secure.  Yet despite the best efforts of staff, as these reports show, this Government failed doctors and healthcare workers in Yorkshire as it did across England.

“As a result of COVID-19, many doctors in this region have or continue to suffer with anxiety, burnout and ongoing stress as they worked through unbelievably harrowing times.

“The BMA is determined that the voices of doctors in the region and across the country are heard and will be presenting these findings as evidence in the public covid inquiry so that doctors and healthcare staff do not have to endure the same failings again.”

Key recommendations for governments from the reports include:

Some of the headline findings include:

Several of us were told not to wear facemasks on rehab wards for fear of frightening the patients. This was true in many hospitals, and I believe it was a top-down policy. (Consultant, England)

No PPE availability. Failure to acknowledge that speaking singing coughing etc [sic] are all aerosol generating procedures, that healthcare staff cannot assess patients without getting close. Therefore, ALL categories of staff should be provided with PPE. (GP trainee, England)

We made our own, and bought our own when we could find any, we depended on friends sourcing FFP3 masks, my son’s school 3D printing visors. (SAS doctor, England)

We were sent six pairs of gloves and six aprons in an envelope approximately three weeks after the start of lockdown. (GP contractor/principal, Northern Ireland)

I was put under pressure to carry on regardless and ‘support my colleagues’. (Consultant, England)

Many of my senior doctors were not wearing PPE in meetings, I was clinically extremely vulnerable and had shielded and this made me very anxious. However, I was new and did not feel I could speak up. (Junior doctor, England)

Using FFP3 with black hair is easier with a hair cover. The elastic snags. PPE posters do not routinely show or normalise the reasonable adjustments necessary for non-religious and religious reasons for covered hair. (Consultant, Scotland, Black/Black British)

I caught COVID-19 in March 2020 from a colleague at work. I have been mostly bedbound since. My life as I knew it had ended. These are supposed to be the best years of my life but I'm spending them alone, in bed, feeling like I'm dying almost all the time. (Junior doctor, Scotland)

I have long Covid and have been off work for 12 months, not well enough to fulfil my role as mother to my 2 young children. (Consultant, England)

My second COVID-19 infection (both infections occupationally acquired) has left me with damage to my spinal cord. I now walk with crutches and cannot walk more than about 200m without them. I also have bladder and bowel problems and have to intermittently catheterise. There is not a day that goes by where I don't have some form of pain (Medical academic trainee, England)

Risk assessment was not carried out. I think this was because high BAME staff numbers which would have led to more staff being off isolating.  Option for working from home wasn't explored so we still don't know if this would be doable (Salaried GP, England, African)

[Risk assessment] was just an arbitrary piece of paper to be filled in to make people feel they were doing something when in all honesty ethnic minorities were dying more. But if we told all ethnic minorities to shield there would not be many left to do the job in the NHS. So it was more ‘hey you are ethnic and at higher risk but carry on’ [sic.] (Consultant, England, Arab)

Often the most vulnerable are at most risk of exposure due to economic and other pressures not allowing them the privilege of asking for protection. I am very aware of the large number of Filipino nursing staff who died from COVID-19 and there is anecdotal evidence that they did not feel they could say no to working in hazardous situations because of a lack of understanding of their employment rights and fears of their immigration status. (GP contractor / principal, England, Pakistani)

My line manager told me I had to work in the office even though I could do my job as effectively from home. This put my health at risk (Public Health Consultant, Scotland, Has a disability/LTC)

[Risk assessment] was not automatically initiated, when pushed to get assessed, was initially taken as trying to get out of work. As an Indian doctor, aged over 45 with Asthma, I was expected to continue doing home visits (Salaried GP, England, Has a Disability/LTC, Indian)

Psychologically it was one of the worst periods of my life. I received private therapy throughout the pandemic and that helped tremendously but I have felt suicidal at times. (SAS doctor, England)

It has taken me basically 18 months to adapt to the "new normal" with a significant flare of chronic anxiety/depression symptoms the whole time (Consultant, Scotland)

I found the experience to be most disturbing of my career because of the stress of the unknown, the frustration around slow national response, the overwhelming pressure we were under and the emotional toll on almost everyone I was working with. I didn’t sleep, often felt angry and suffered post-traumatic stress for a period. (Consultant, Scotland)

I had to stop working as my mental health was so impacted. I have now resigned and feel I am unlikely to return (Salaried GP, Wales)

I'm used to seeing people die, I'm a palliative care doctor, but how do I talk about caring for people with COVID-19 who were watching patients in beds opposite them literally dying before their eyes from exactly the same thing as they had? (Consultant, England)

And we were expected to mentor, support and teach the junior doctors who were utterly unprepared for death and suffering on this scale. I was unprepared, never mind them. (Consultant, England)