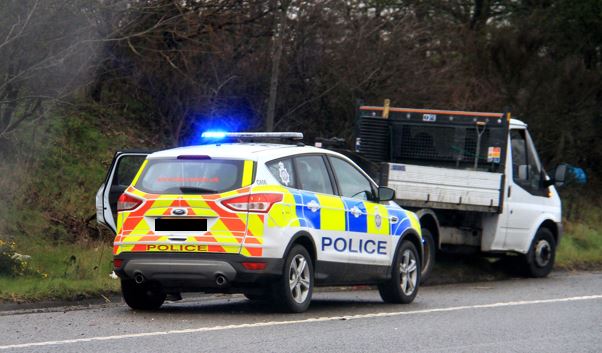 Police seized nine vehicles and arrested a man for drug driving as part of a pre-Christmas road safety blitz in Batley.

The Batley and Spen Neighbourhood Policing Team have thanked partners for their assistance in a multi-agency operation which saw authorities stop over 70 vehicles as part of a wider initiative to make roads safer.

Agencies including the DVLA, HMRC, VOSA and Kirklees Taxi Licencing all took part in the initiative near Wilton Park, Batley on Tuesday December 3.

In total partners seized seven cars for offences including have no tax or insurance, as well as a taxi and a box van, both of which were untaxed.

One driver was arrested for driving under the influence of drugs and six traffic offence reports were submitted for various offences, including driving with no licence/insurance.

PC Phil Ashley of the Batley and Spen Neighbourhood Policing Team, said: “This has been a successful operation which we hope will have sent a message to drivers in our area that we are focussed on our road safety and will be around targeting those who either drove unsafely or drive vehicles which are not safe or legal for road use.

“Along with colleagues in other NPT’s we want to continue to target what we call the ‘Fatal 4,’ namely the four factors that contribute to a road traffic collision or serious injury.

“These are speeding, drink drive, mobile phone use and driving without a seat belt.”