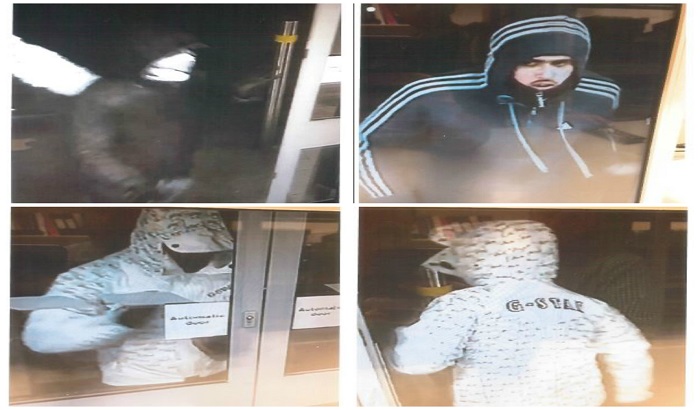 Detectives have launched an investigation after a robbery at Tesco Express in Olton on Saturday night (13 August).

Three men walked into the Warwick Road store at 11.30pm and threatened staff with hammers and a machete.

One of them smashed open a till with a hammer and stole cash, while another thief took a staff member to the office and emptied a safe full of cigarettes.

All three suspects have been described as Asian men aged in their mid 20s and skinny. The first man was wearing a black hooded top, white mask, navy Nike jogging bottoms with a white side stripe and black trainers. Another suspect was wearing a white hoody, black bottoms and gloves.

A third suspect, who did not have his face covered, had a moustache and was wearing a navy Adidas hoody, dark trousers, black Adidas trainers and grey gloves.

Officers continue to trawl CCTV in the surrounding area.

Detective Constable Brian Askew said: "I would like to hear from anyone who was in the area of at the time and may have seen the men or witnessed the robbery.

“I am also eager for anyone who thinks they know the identity of the suspects to come forward."

Anyone with information should contact Det Con Askew on 101 or email contactus@west-midlands.pnn.police.uk