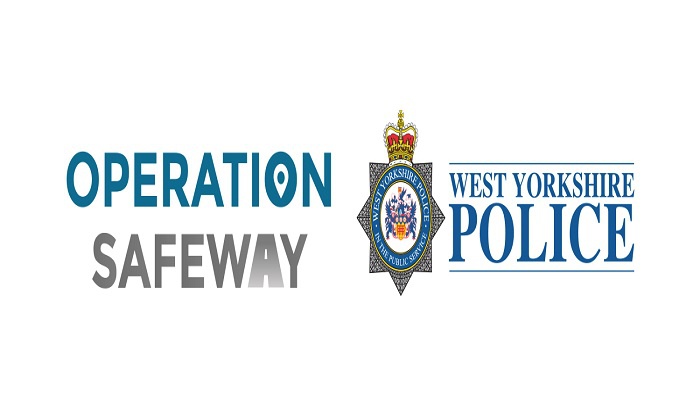 West Yorkshire Police’s Roads Policing Unit have launched a new initiative which hope to educate people on all aspects of road safety all year round.

One of the main aims of Op Safeway is to drive home the dangers of the ‘Fatal 4’ motoring offences that are most commonly linked to death or serious injury: Speeding, mobile phone use, drink and drug use and not wearing a seatbelt.

Throughout the year there will be operations working alongside local officers and partners targeting other specific road safety priorities relevant to each District.

The first deployment of Op Safeway took place in Leeds district over the weekend.  Seven traffic offences were reported, 1 section 59 warning issued, three vehicles seized and one driver was found to be over the drink/drug drive limit.

‘Road safety is a key priority for us and we want to do everything we can to raise awareness and educate people about road safety and the dangers on our roads.

‘We know all too well the damage that the Fatal 4 can have on the victims and their families. We must do everything we can to reduce the number of deaths and seriously injured on our roads.

“Op Safeway will be supported by the #WYPTheCost campaign which looks at the costs associated with the fatal 4.

‘In December 2019 the #WYPTheCost campaign saw more than 450 people arrested for driving whilst under the influence of drink or drugs.’

“Road safety has long been a priority within my Police and Crime Plan for West Yorkshire, which ultimately represents the importance our communities attach to this issue.

“Over the years, I have heard from many families, individuals and local campaign groups about their experiences and often the tragic consequences and lifelong impact of serious road related offences and incidents.

“To see this new initiative get underway, with particular focus on education awareness is therefore another positive step towards our collective goal of achieving a Vision Zero approach with our local authority partners.

“As we now see more vehicles on the road with the relaxation of COVID-19 restrictions, it also brings the relevance of these issues into sharper focus.

“This is why it is absolutely critical that we must all work together to raise awareness and think seriously about our behaviours and actions behind the wheel.”