Man jailed after guns found at his home 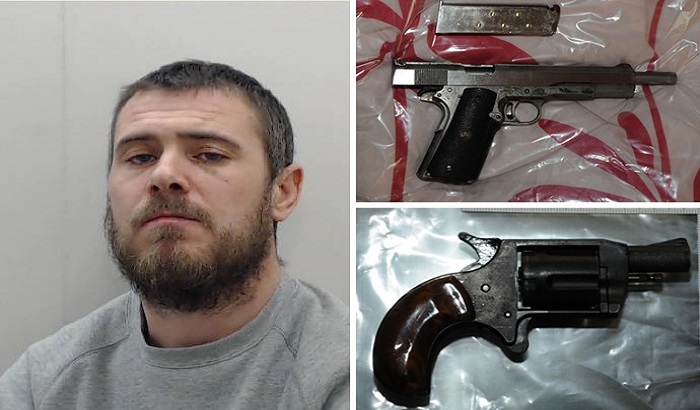 A man has been jailed after a horde of guns were found at his home in Levenshulme.

Maneely has been sentenced to 7 years and 4 months in prison at Manchester Crown Court, Crown Square.

On the morning of Friday 18 November 2016, officers from the Xcalibre Task Force and Challenger Manchester executed a warrant at Maneely’s home and recovered three revolvers, two handguns, a silencer and ammunition. A psychoactive substance, commonly known as Spice, was also recovered, along with mobile phones, sim cards and MDMA.

Maneely was arrested and remanded into custody.

Detective Sergeant Patrick Goodrich of GMP’s Xcalibre Task Force said: “In November 2016 we discovered a plethora of weapons at Maneely’s home that could be used with fatal consequences, and today he has been jailed.

“Today’s outcome is a result of hard work by the team at Xcalibre Task Force and support from the public and our fight against guns and drugs will not stop.”