Have you seen Choudhry Ikhalaq Hussain? 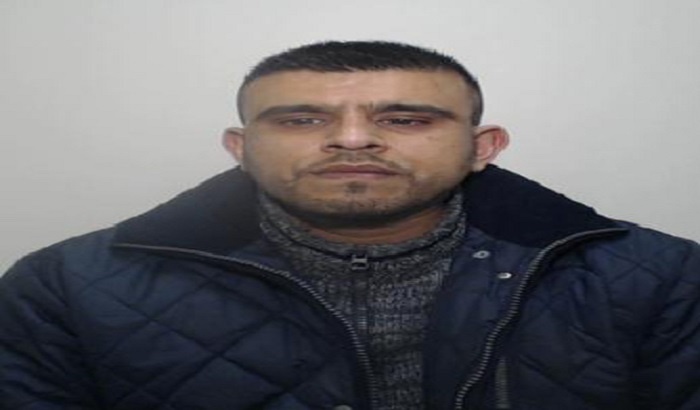 Police are continuing to appeal for the public’s help to find a man who was convicted of rape, sexual activity with a child and conspiracy to rape as part of Operation Doublet, an investigation in child sexual exploitation.

Choudhry Ikhalaq Hussain (12/09/1977) of Mayfield Terrace, Rochdale was found guilty of three counts of sexual activity with a child, two counts of rape and one count of conspiracy to rape against one victim in a trial held at Minshul Street Crown Court on 30 November 2015.

He was convicted in his absence after he is believed to have fled the country during the trial.

Hussain had claimed that a family member had died and he was given permission by the judge to attend the funeral which was to be held somewhere in the UK. It is believed that he then fled the country through the port system and may now be in Pakistan.

He was convicted as part of Operation Doublet, an investigation into child sexual exploitation mainly in Rochdale. Ten men were found guilty of a range of serious sexual offences during two trials held at Minshul Street Crown Court.

Detective Chief Inspector Jamie Daniels, the Senior Investigating Officer (SIO) for Operation Doublet, said: “Operation Doublet was launched following the 2011 investigation into child sexual exploitation in Rochdale and we identified a number of cases, which broadly took place between 2004 and 2008, across Greater Manchester where teenage girls were being sexually exploited by older men.

“Hussain was one of the offenders identified and he has now been convicted of a number of serious offences but he seems determined to try and get away with not serving his time for the horrendous crimes that he has committed.

“We believe he may be in Pakistan but we are still determined to find him and ensure that he is held to account for what he did.

“If anybody has any information about his whereabouts then I would urge you to please contact the police.”

Anybody with information about Choudhry Ikhalaq Hussain should contact police on 0161 856 2447 or the independent charity Crimestoppers, anonymously, on 0800 555 111.