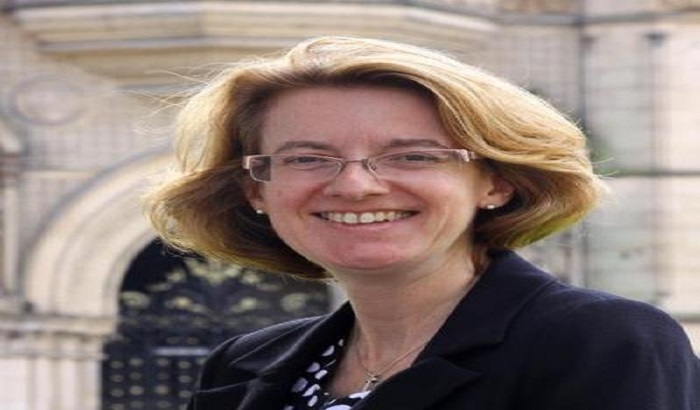 Bradford is preparing to showcase its ambitious plans to stage a spectacular Great Exhibition of the North when the judging panel visits the city next week.

Bradford is one of four locations to be shortlisted in the Government-backed competition to host the £5m event in the summer of 2018.

The city's bid promises to deliver awe-inspiring and immersive mass participation events which unite the North of England and celebrate its important role in the UK's future.

Civic leaders will welcome panel members including Conrad CBE, director of the GREAT Britain campaign, the Government's international campaign to generate jobs and growth from tourism, trade and education, and Sir Gary Verity, who has been asked by the Government to oversee the project.

Coun Susan Hinchcliffe, Leader of Bradford Council (pictured), said: "It's great to have the opportunity to showcase Bradford by having a visit from the Great Exhibition judging panel.

"Everyone who comes to Bradford is impressed by what we have to offer here. The Bradford team has been working hard to prepare for the visit. They will receive a warm welcome."

Kersten England, Chief Executive of Bradford Council, said: "Hosting the Great Exhibition would be a great stimulus for generating new investment, business opportunity and tourism for Bradford and the North.

"The Great Exhibition in Bradford will inspire the world to think differently about the North and demonstrate that we are the best place for tourism, trade, investment and study."

Nine towns and cities submitted bids. The panel has produced a shortlist of four locations and will make a recommendation to ministers in the Autumn.

Initial feedback from the Department of Culture, Media and Sport has praised Bradford for taking a positive and proactive approach to selling itself on the national stage.

The panel was said to be excited by Bradford's strong, enthusiastic and imaginative bid.

Members also liked the playful, immersive, interactive and mass participation themes and the strong backing from a diverse range of partners.

Supporters include the A-list entertainer Dynamo, who said the vibrant and multicultural city would be the most "magical" place to host the exhibition, the world champion triathletes Alistair and Jonny Brownlee, and the city's strong business community.

The city will take visitors on a journey of discovery that pays tribute to the past, celebrates the present and allows them to imagine the future using wearable technology and augmented reality.

Organisers also plan to commission a renowned director to make a crowd-sourced film with contributions from across the world about the kind of future people want to see.

The National Media Museum will be the anchor for Bradford's exhibition with support from neighbouring venues including City Hall, St George's Hall and Alhambra Theatre.

Organisers plan to use temporary structures and connecting streets for events during the exhibition.

Arup, the global engineering consultancy, is advising the bid team on the venues and logistics of handling thousands of visitors a day.