Glasgow Is The Most Stereotyped City In The UK, Bradford The Most Poorly Rated 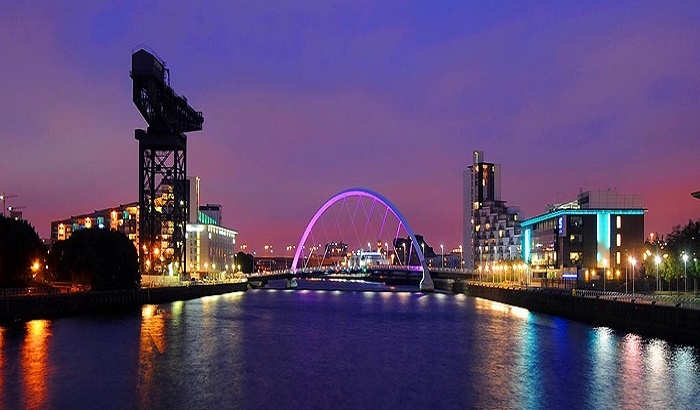 Glasgow is the most stereotyped city in the UK, while Bradford is revealed as the most poorly rated with 76% of Bradford residents stating they would not recommend their home city to others

Glasgow is the most ‘misjudged’ city in the UK, according to the new Rias City Index. The former European Capital of Culture, and home to 2016 Olympic gold medallists Katherine Grainger and Callum Skinner, is described by non-locals as ‘deprived’ and ‘unsafe’, despite having one of the lowest crime rates of the top 10 populated cities in the UK. And with over half (53%) stating that their city is safer now than it was five years ago, Rias claims data also shows residents in the Scottish city made the fewest theft claims on their home insurance policies.

Bradford, on the other hand, is rated poorly with both residents and outsiders, who believe the city is ‘deprived’ and ‘dirty’. The Rias City Index asked the residents of the 10 populated cities in the UK to rate their own home cities, along with the other nine, to see whether outside perception matches reality – with surprising results.

This misunderstanding of Glasgow is further highlighted when people were asked to rank the cities in order of how safe they are. Glasgow ranked in the top three most unsafe cities for nearly half (45%) of all respondents, which is unreflective of the official statistics released by the Police and Scottish Government, where the number of crimes committed in Glasgow ranks second only to Edinburgh in the whole of the UK.

Glasgow is lauded by its locals, with almost six out of 10 (59%) residents describing it as ‘happy’, and three quarters (74%) saying they would recommend it to others, second only to Edinburgh (77%).

Just over half (51%) of UK residents ranked Bradford in the top three most unsafe cities in the UK, and this view is reflected by a large proportion of the locals – two fifths (39%) believe their city is more unsafe than others in the UK. Furthermore, three quarters (76%) of Bradford residents would not recommend their home city to others – by far the worst performer in this category, with Birmingham a distant second with 45% of residents agreeing they wouldn’t recommend their city as a place to live.

London has the highest amount of theft claims registered, at an average cost of £2,855, despite falling outside of the top five crimes committed table.  In both Bradford and Birmingham (second and third to London) the average theft claim cost totals £2,446 and £2,158 respectively.

Adam Clarke, Managing Director at Rias commented “It is clear that Glasgow may have been unfairly misjudged by people who don’t live there and that stereotypes people hold about different cities may not be accurate.”