Firefighters remained a site of industrial bakery fire throughout Monday 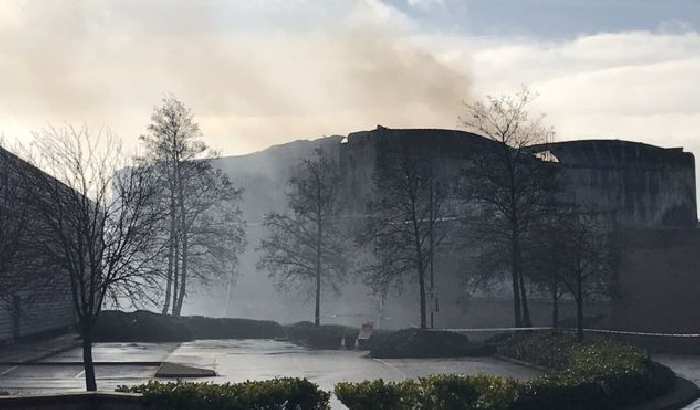 Firefighters remained at the scene of a fire at an industrial bakery in Wakefield throughout Monday.

The blaze at the Speedibake factory, close to Westgate Retail Park, started at about 1:30pm on Saturday, with the surrounding area being engulfed in black smoke as a result of the incident.

At it height, more than 140 firefighters tackled the blaze, with people evacuated from nearby buildings.

Once the blaze had been safely contained, police revealed there were no reports of injuries, but warned local residents to stay inside and keep their windows and doors shut.

In an update on the situation on Monday afternoon, West Yorkshire Fire and Rescue Service revealed they were keeping crews in attendance at the scene, saying: “3 Appliances & 1 aerial ladder platform remain at the scene & are currently damping down.

“Demolition of the site will begin today & continue over the coming days. You may notice an increase of smoke & dust in the area.”

Following the blaze, Speedibake released a statement, saying: "Our priorities remain to work with the fire service as they undertake a full investigation and to support our employees."