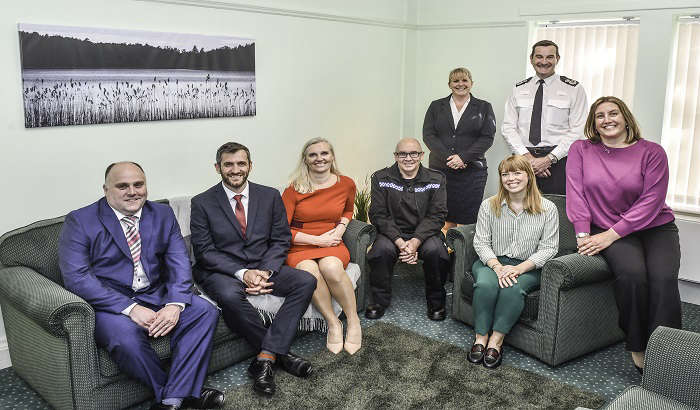 Police dealing with modern slavery investigations in West Yorkshire now have a specially created safe space where victims can be taken while enquiries are carried out.

The new area, known as Haven House, provides a place where victims can wash, eat and rest before being debriefed as part of ongoing investigations.

It is hoped the facility can help with investigations by providing an alternative to taking victims to a police station, which can potentially be traumatising.

There is a video interview suite on site so that victims can be interviewed under the same roof – providing a safer and more comfortable environment.

Other facilities include a shower and bathroom, seating area, a meal preparation and dining area.

Funded by a Home Office grant, it is hoped that Haven House will help to improve victim engagement with officers and provide the best possible support for victims of human trafficking and modern slavery.

Officers also have access to food vouchers and hygiene packs which include items of toiletries that can be provided to victims.

Culturally significant items such as a prayer mat and a copy of the Quran are being provided by the Muslim Police Association (MPA).

Haven House has been supported by the Modern Slavery and Organised Immigration Crime Unit (MSOIC).

West Yorkshire Police Modern Slavery Partnerships Officer, Amy Morris, said: “We are really pleased that we have been able to create a place like Haven House within the Force – it’s a step forward in our fight to tackle modern slavery in West Yorkshire.”

“Having this kind of facility means we can provide a more comfortable environment for victims which will hopefully provide an opportunity for officers and staff to build a rapport with victims, increase reassurance and provide the added support that could prove vital in these kinds of investigations.”

“We are grateful for the support we have received from MSOIC to help make it possible.”