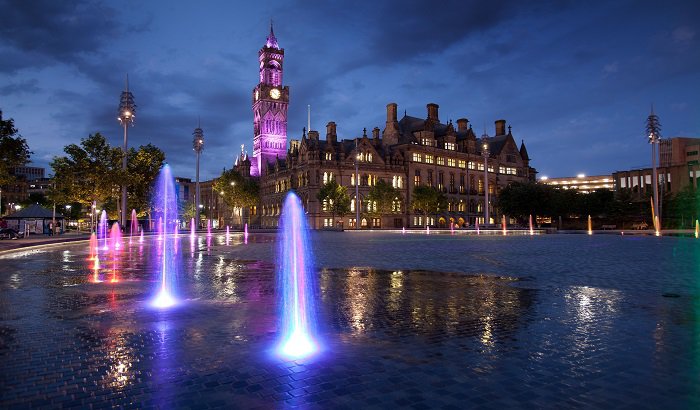 The Secretary of State for the Department of Digital, Culture, Media and Sport (DCMS), Oliver Dowden, earlier confirmed that the next UK City of Culture will take place in 2025, and the competition to host the year-long event has begun

A galaxy of international names have come out in support of Bradford’s bid to be the UK City of Culture for 2025 following the Government’s launch of the competition today.

In response to the announcement, a number of cultural leaders at the top of their professions with strong links to Bradford were quick to throw their weight behind the bid.

Bradford-born megastar magician Dynamo (real name Stephen Frayne) said: “Bradford is where my heart is and has always been a hidden gem; a place filled with magic and wonderful people. That’s why I’m so proud to back this bid for Bradford to become the UK’s next City of Culture in 2025. Having seen first hand the hard work, passion and commitment of the local community, I really believe that this is our time.”

Dynamo’s comments were echoed by Bradford cricketer Adil Rashid, who was made a Freeman of the City last year for his role in England’s stunning Cricket World Cup triumph. Commenting on Bradford’s City of Culture bid, Adil said: “When people come together to play sport, or watch it, that shared experience is amazing and it stays with you. It’s the same with cultural events and I am one hundred per cent behind the team, proud to put my name to Bradford’s bid to be UK City of Culture in 2025.”

The Bradford-born Creative Director of global fashion brand Bottega Veneta, Daniel Lee, is also backing the bid. Daniel, who’s considered to be one of the most influential figures in fashion, said: “I‘m immensely proud to stand by Bradford on its journey to becoming UK City of Culture 2025. Bradford shaped who I am, it is a city full of unique creative talent, and unifying cultural experiences, which should be shared with the world.”

The team behind Bradford’s bid for UK City of Culture 2025 has also welcomed today’s DCMS announcement and is working with partners across the district preparing the bid for hosting the title in 2025. The cultural heritage of Bradford includes world-famous artists, writers and musicians: the Brontës, Frederick Delius, AA Dhand, Andrea Dunbar, David Hockney, Tasmin Little, Zayn Malik and JB Priestley amongst many others. The city recently celebrated the 10th anniversary of being named the first UNESCO City of Film and more information about the cultural life of Bradford District is available for download here: https://bit.ly/3i14XrS.

The UK City of Culture status has had a transformational impact on previous host cities, securing millions of pounds of investment and acting as a catalyst for regeneration and creative place-making.

The bid will be managed by Bradford Culture Company in partnership with the City of Bradford Metropolitan District Council and strategic bid partner the University of Bradford.

Councillor Susan Hinchcliffe, Leader of City of Bradford Metropolitan District Council, said: “We very much welcome the announcement that the UK City of Culture contest is now properly underway. Bradford Council is fully committed to competing for the 2025 UK City of Culture title and backing our district’s Cultural Sector who are putting in a huge amount of work to achieve this accolade. I want to thank Shanaz Gulzar, Bradford’s City of Culture Chair and everyone who’s involved in continuing to work to promote the district’s bid during this really challenging time.

“Our district is young, diverse, entrepreneurial and we want to play our full part in the life of the nation: the UK City of Culture title provides a platform to do this. Now, more than ever, as we emerge from the Covid-19 pandemic and look to build for the future, investing in our cultural fabric is essential. There can be no regeneration without culture. Our bid will form a major part of the Council’s future planning and will have a major role to play in bringing together our communities, lifting our spirits, and providing a boost to our economy.”

Shanaz Gulzar, Chair of Bradford 2025 and lifetime Keighley resident, said: “Bradford’s time is now. With the confirmation today from Government that the next UK City of Culture competition has started, we have a unique opportunity to promote the distinctive qualities of this district to national audiences and to claim the UK City of Culture title for Bradford in 2025.

“Bradford is ambitious in its thinking and hungry for success. We have the most youthful population of all cities competing for the title; we have world-class cultural organisations, a distinguished cultural history, passionate audiences and an extraordinary and progressive

community of diverse artists, performers, writers and creative entrepreneurs with outstanding credentials who will help secure the designation for Bradford. We look forward to working with people across the district as we present our case to Government that this title rightfully belongs to us in 2025.”

The news comes on the back of an announcement this month of a bold ten-year cultural strategy for the Bradford District. ‘Culture Is Our Plan’ sets out ten ambitious targets to be met by 2031 with a cultural renaissance at the heart of the decade-long programme, which aims to harness the youthful diversity and entrepreneurial strengths of the district. With support from City of Bradford Metropolitan District Council, Arts Council England and the National Lottery Heritage Fund, the strategy puts investment in cultural activity as a key priority for the area, connects it to the district’s future prosperity and confidence, and fuels Bradford district’s bid to become the UK’s City of Culture in 2025.

Bradford 2025 also recently announced the first private sector businesses to put their weight behind the bid. Yorkshire-based property investors Rushbond Plc have joined as Founding Partners and the Telegraph & Argus as the bid’s Media Partner. Backing from the private sector will be central to Bradford’s bid and further support will be announced soon.