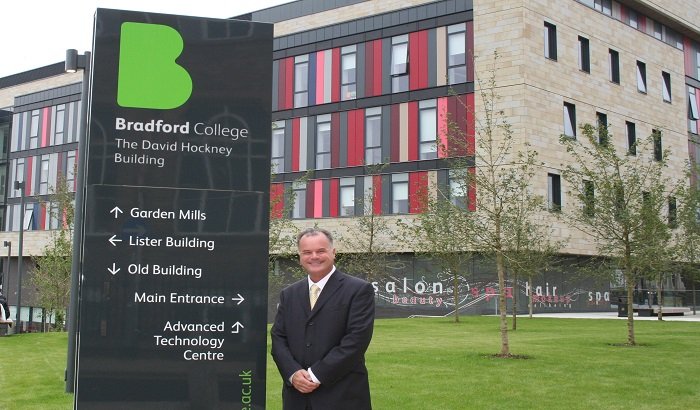 Bradford College is celebrating achieving more A*-C grades at GCSE than ever before.

Students racked up an impressive 698 high grade passes, which marks a 4.5% increase on last year.

Science results were especially notable with the College recording an 85.2% achievement rate for science subjects, which is 2.6% above the national rate and 0.1% up on last year.

They marked significant improvements on the College’s results from last year too with Chemistry achievement having risen by 7.7% on the previous year and Physics 4.7% up on the 2015 figure.

Bradford College, which has state-of-the-art science labs at its £50m David Hockney Building and boasts Nobel Prize-winning physicist Sir Edward Appleton as a former student and staff member, has also recorded an increase in achievement rates for GCSE Additional Science, which at 84.8% is up 1.2% on 2015’s figure and is 0.3% above the national rate.

Sociology achievement is also up, rising 2.2% from last year to 84.7% which is 3.6% higher than the national rate.

There has also been a notable rise in the high pass rate for Biology, up 8.8% on last year.

Away from science subjects, the College has seen improvement in high pass rates in Citizenship Studies and Media Studies, up 1% and 13.7% respectively.

David Harwood, FE Principal at Bradford College, said: “These results are a great achievement for the learners and staff and a testament to their hard work."