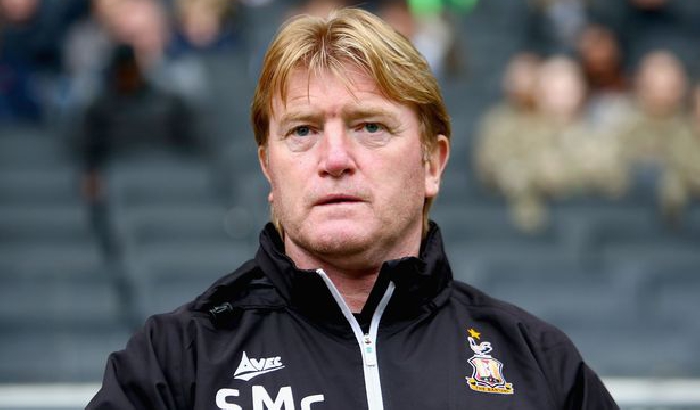 Bradford City have reappointed Stuart McCall as their manager for a third spell in charge of the League Two club.

The 55-year-old former Scotland midfielder has succeeded Gary Bowyer, who left Bradford on Monday after a run of seven league games without a victory.

Bradford are eighth in League Two, one point outside the play-offs and seven points behind third-placed Plymouth.

McCall's most recent spell in charge of the Bantams lasted 20 months and ended in February 2018.

He took Bradford to the League One play-off final during that second stint as manager, but his side were beaten 1-0 by Millwall at Wembley.

Since McCall’s dismissal in early 2018, the Bantams have had six managers in two years

McCall, who has signed a contract until the end of the 2020-21 season, said: "It is always difficult taking over from a manager who has lost his job, so I feel for Gary. But, when (Bradford chief executive) Julian Rhodes contacted me, I was desperate to return.

"We have to assess the squad very quickly and get ready for the remainder of the season. I obviously know a few of the players from my previous spell here, so am looking forward to the challenge.

"The club is a huge one in this division and, with everything still to play for, the job is to try and get us back to where we should be."