A new pressure group to tackle issues in Bradford has launched 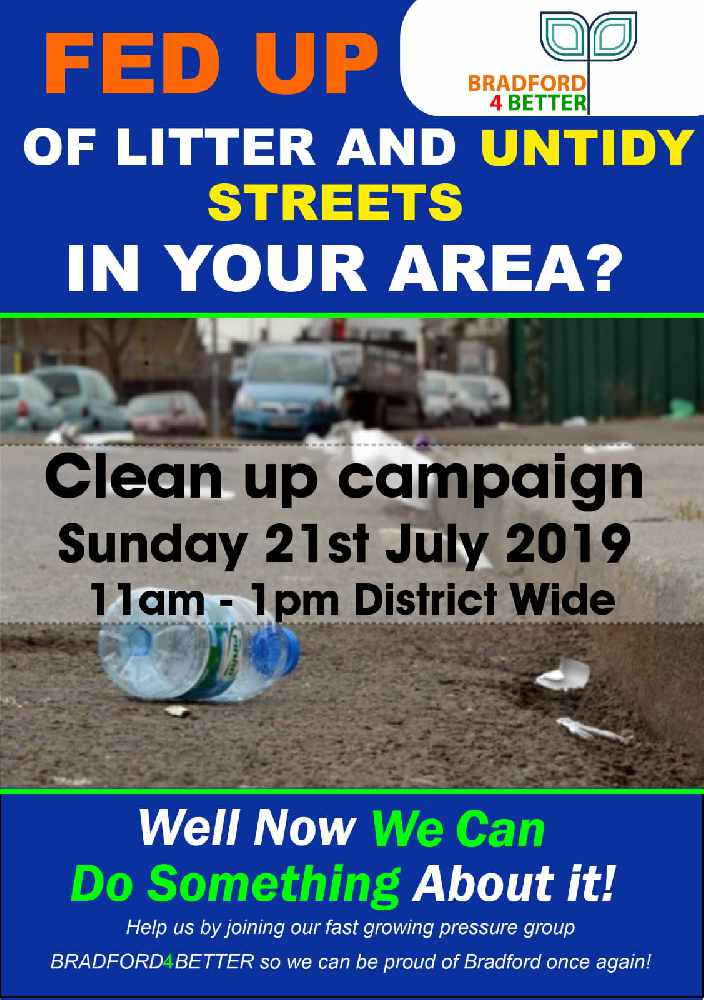 In April 2019, it started off as just a clean up campaign, a way of honouring her late father and leaving a legacy for a man who had taken pride in his neighbourhood.

However, Inayah Sher's humble idea has quickly snowballed into a highly successful grass roots movement calling for social change in her local area.

Now, the group, which has no funding, and is made up entirely of volunteers, aims to begin tackling these issues with its first major project, a District wide clean up campaign, scheduled to take place on Sunday 21st July 2019 between 11am-1pm.

The day of clean up action brings together a diverse set of groups and individuals, religious institutions, schools and businesses - all working together to reclaim and reinvigorate the City.

Local Councillors from across the District, as well as Labour MP for Bradford West, Naz Shah, have offered their support to the campaign.

B4B is a positive action pressure group with a strong core membership on social media, where members regularly report matters such as dangerous driving and parking, and fly tipping hotspots.  A dedicated Facebook page, as well as a growing WhatsApp group enables members to gain support and advice for how to follow up with agencies for best results.

The group has a committed leadership team comprising of residents and professionals with a wide range of experience in the public and private sectors. Key members include business owners, medical and legal professionals, and even an ex-Whitehall 'troubleshooter'. The team aims to work with top decision makers in the long-term campaign to turn around the image of Bradford.

The group welcomes all assistance from the Police, Council and other agencies in its ongoing work to engage and empower citizens.

B4B urges its members to stop expecting 'someone else to do it' and rise up together, as a united force for good.

The group recognises it's members are tired of austerity, beauracracy and the apparent inability of the public service to tackle problems of dirty streets and crime.

While respecting the complexities of such long standing problems, the group hopes to work alongside partners - as well as providing an important outlet for citizens to air their concerns and come together in a concerted effort to make Bradford better.

If you are interested in making a difference please get in touch.