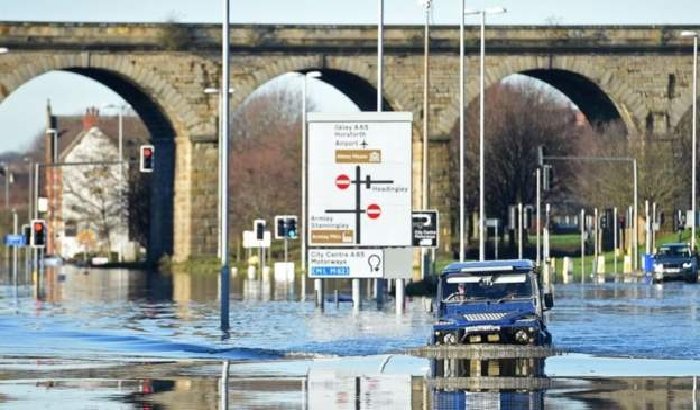 The next phase of work on a major project to protect Leeds from the risk of flooding has been confirmed after the contract for it to proceed was signed by councillors.

Leeds City Council has agreed a contract worth £75.98million with contractor BMMjv, a joint venture between BAM Nuttall and Mott MacDonald, to carry out the first step of the two-step approach to the next phase of the Leeds Flood Alleviation Scheme. This follows planning approval which was granted earlier this month.

A range of works are likely to begin before the end of the year, including on the Kirkstall Corridor and upstream which were badly hit by the Christmas floods in 2015.

The project, being managed by Leeds City Council and the Environment Agency, will see linear defences provided along the 8-kilometre stretch upstream of Leeds Station. It will focus on three key areas - Leeds Industrial Museum at Armley Mills, Kirkstall Abbey and Kirkstall Meadows.

The authority said landscaping works will also be carried out to benefit the environment and wildlife, and to improve access to amenities. This will include two new bridges, improvements to footpaths and new natural areas.

Leader of Leeds City Council Councillor Judith Blake said: "This is a hugely important milestone for Leeds, as it commits us to getting this vital work done and hopefully underlines our commitment to doing everything to can to make our residents and businesses safe from the risk of flooding as soon as possible.

"We look forward to seeing work starting later this year, and we continue to explore every option in order to get the whole scheme completed in full as that is absolutely essential for the future of our city and all the communities who remain vulnerable to the risk of flooding."