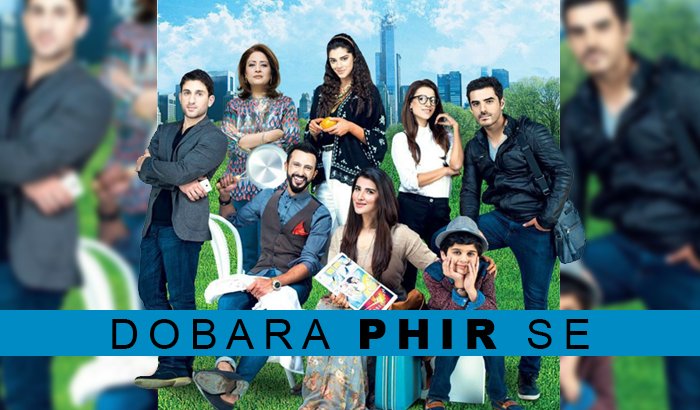 While the plethora of upcoming Pakistani films already had us excited, it's Mehreen Jabbar's second venture, Dobara Phir Se, which promised us all that had been lacking! Whether it was the appealing visuals revealed through the trailer a few months ago, or the stellar cast consisting of Sanam Saeed, Hareem Farooq, Ali Kazmi and Adeel Husain, we've been fans ever since and the film just seems to keep on giving! And now, with the release of it's title track, we cannot stop but join the Jabbar fandom forever.

Narrating a scene where four friends cruising together in a car heading to the lake, without a care in the world, the music video subtely takes us on a journey where the four croon together and basically just seem to be having a good time in each other's company. Calming and romantic? Check.

Sung by Haniya Aslam and Ali Hamza, who both did an outstanding job with the vocals and definetely kept the 'cool and casual' sentiment to it, give the music video an aura that truly works on the appeal of the lyrics. Also composed by Aslam, the lyrics have been written in collaboration with Bilal Sami.