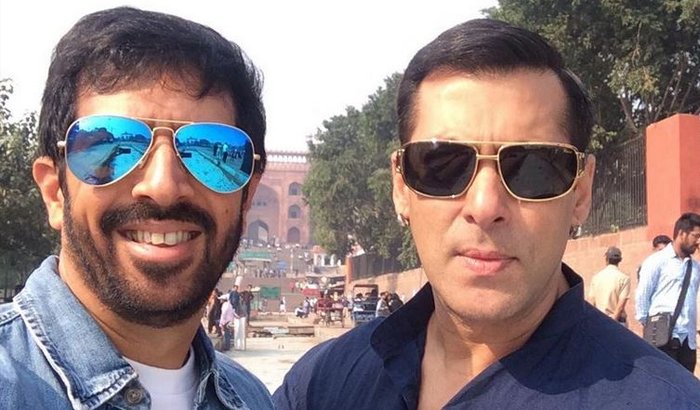 Yes, Salman Khan is not very impressed with Kabir Khan's Tubelight climax. The actor who has a super packed schedule has demanded that Kabir recreate Manali in Mumbai if need be.

Not so long ago reports suggested that Salman Khan had a major fallout with his Tubelight director Kabir Khan. And while Salman has resumed work on the film we have some fresh update on Tubelight. Apparently Salman isn’t very pleased with the climax of his film and has asked for it to be scrapped. Salman wants Kabir to reshoot the climax and better it. Will Kabir oblige? A source told that Salman wants to redo the climax of the film as he is not convinced about it right now. In fact Khan who has a super packed schedule has demanded that Kabir recreate Manali in Mumbai if need be. While people close to the actor are trying to make him understand that it i not possible logistically to create Manali in Mumbai, he is not ready to listen to anybody at the moment. We will have to wait and watch if Salman’s team can manage to squeeze time for the reshoot or if Kabir will take in Salman’s suggestion and actually rework on the end.

Salman will be seen with Bollywood debutant, Chinese actress Zhu Zhu in Tubelight. The film also features Khan’s younger brother Sohail in a prominent role. The Indo-Chinese film we hear will focus on Salman’s journey from being a slow, dimwitted guy to a sharp officer and his love story with Zhu Zhu.

Sometime back buzz was that Salman has found himself in a sticky situation. While the Dabanng hero will start filming for Ali Abbas Zafar’s Tiger Zinda Hai with Katrina Kaif, he also has two offers from his own siblings. The actor is torn between Alvira Khan’s movie which will be a remake of a film written by Salim Khan and Arbaaz Khan Dabangg 3. While he is yet to green light any of these projects he has also been approached for a cameo on Judwaa remake featuring Varun Dhawan, Jacqueline Fernandez and Tapsee Pannu. The actor we hear is also keen on signing Race 3 where he will be playing the negative lead. With Salman Khan now asking for changes in Tubelight, we bet there will be a ripple effect on all his future projects too. Especially since Khan’s schedule is literally packed.