Mahira Khan’s mother CRIED, all thanks to Shah Rukh Khan. 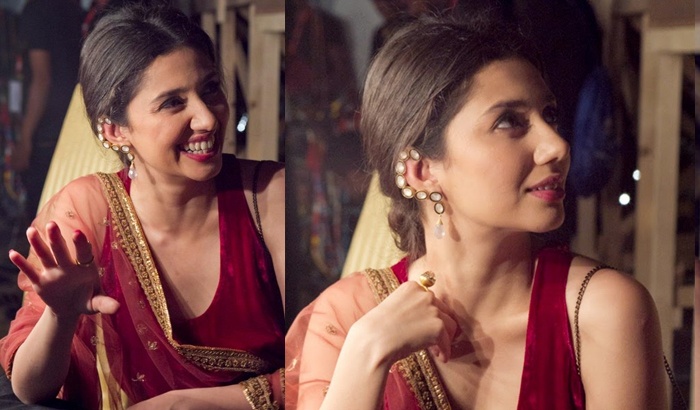 Bagging a film opposite Shah Rukh Khan is no small deal. Whoever has worked with the King Khan would exactly know what we’re trying to say. Co-actresses or say for that matter anyone associated with the superstar in some or the other way, usually falls short of praises to rave about SRK. However, Pakistani actress Mahira Khan’s mother probably had the most LEGIT reaction when she got to know that her daughter has bagged a film(Raees) opposite Shah Rukh Khan. Yes!

While Mahira in one of her earlier interviews had revealed how for the longest time she couldn’t digest the fact she’s doing a film with SRK. We just got our hands on this another video where Mahira has literally imitated her mother weeping with joy on hearing Shah Rukh’s name! Oh! It’s so funny…I mean, it’s exactly how any fan would react to meeting Shah Rukh. And on top of that, Mahira looks so damn adorable while she’s mimicking her mother’s cry in this video. It’s like every time Mahira mentioned Shah Rukh and informed her mum that she’s really got a film with him, her mom cried out loud saying, “You’re lying!, No she’s lying.” Oh! The way how Mahira has recalled back to this priceless moment is the best thing you’ll watch on the internet today.

Not to forget, Mahira too had once revealed how thrilled she was while shooting her scenes with Shah Rukh for Raees . She’d said, “There I am bossing the boys around on my set and here I am standing with Shah Rukh Khan and thinking ‘Oh my God, what am I going to do now.’ I was shocked and very nervous.

While reports were rife that Mahira’s scenes have been chopped from Raees considering the ban on Pakistani artistes. Director Rahul Dholakia has assured that there’s no truth to it and that the film’s which have already been shot starring Pakistani artistes will be allowed to release in India. So in that case, let’s wait for the film to hit the screens in January 2017. PS: The trailer of Raees is all set to release in December. Stay tuned!