Made in China creators share new song from upcoming film 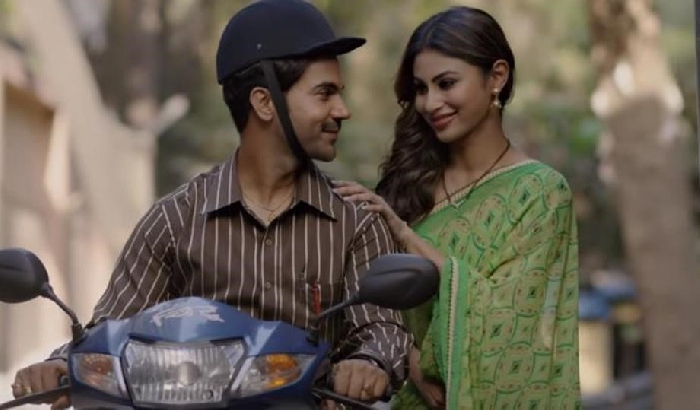 The makers of Made in China have unveiled a new song from the film. It shows lead actors Rajkummar Rao and Mouni Roy explore love in a new marriage.

Titled Valam, the song’s lyrics have been penned by Priya Saraiya and Sachin Sanghvi with music composed by Sachin-Jigar.

Talking about the new song, Rajkummar told a media outlet in India: “Valam is a departure from the rest of the songs and adds soul to the album. While Raghu is busy chasing his dreams, it’s his wife Rukmini (Mouni) who is the wind beneath his wings, encouraging him every step of the way.

"And that’s what this song personifies — the meaning of true love and honest relationships. We had a blast shooting for all the songs, but filming this one was a relaxed and effortless experience. It was driven by the idea of building and celebrating a connection.”

Two songs from the film, Sanedo and Odhni are already chartbusters. Directed by Mikhil Musale and produced by Dinesh Vijan, Made in China traces the story of Rajkummar aka Raghu - a Gujarati businessman who goes to China to become an entrepreneur where he finds ‘Chinese Viagra’ and sells it back home in India. Mouni plays Rajkummar’s wife, Rukmini.

Made In China is set to release in cinemas for Diwali 2019 on 25th October 2019 and is distributed by Cinestaan Film Company.