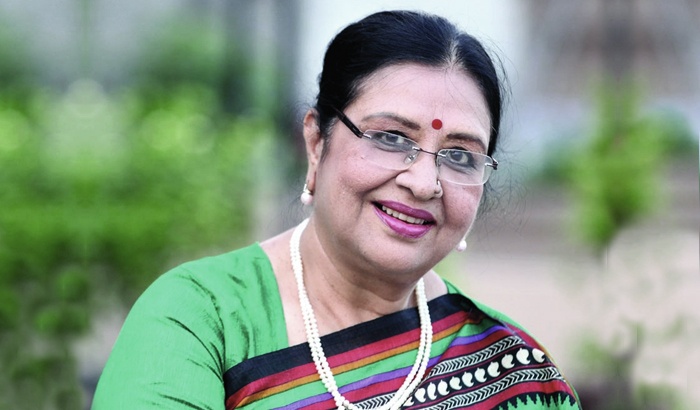 Actress Shabnam, the poster girl of Lollywood in the 1970s, burst into tears while talking about leaving Pakistan and its film industry in the late 1990s.

“It was very painful for me but I did it for my family, especially my father, who suffered from a heart attack in Bangladesh while I was in Pakistan,” said the film star at the literary festival organised by Old Ravians Union (ORU) at Government College University (GCU), Lahore.

A session was dedicated to Shabnam titled, ‘An interaction with Shabnam Ghosh’. “I lived and worked for almost three decades in Pakistan, how could I forget the people who gave me so much love and respect,” she added. Shabnam feels the film industry was hit by the 1971 war. When asked about the Bangladeshi cinema, Shabnam said: “It is in the same condition as Pakistani cinema nowadays.” But, she was optimistic about the revival of the film industry, saying the new generation was working hard for the cause. She said the actors were not very demanding when she worked in the film industry, adding that "they were no concept of five-star hotels as they used to stay in tents most of the time during outdoor shooting." She said her husband, music director Robin Ghosh, was loving, caring and very understanding and never interfered in her film life, and never asked questions when she came home late from work.

Legendary actor Mustafa Qureshi also attended the session moderated by Asghar Nadeem Syed. Governor Rafique Rajwana, the chief guest, lauded the GCU for holding the literary festival. The festival was spread over five literary sessions, including one on traditions of theatre and drama which was addressed by Irfan Khoosat and Naeem Tahir. The festival opened with a session which paid glowing tributes to Bano Qudisa. Poet Yasmeen Hameed, Anees Ahmed, the son of Bano Qudsia, Prof Dr Saadat Saeed and Dr Khalid Sinjarni talked about the late writer.