Kangana Ranaut on her directorial debut Manikarnika: The Queen of Jhansi 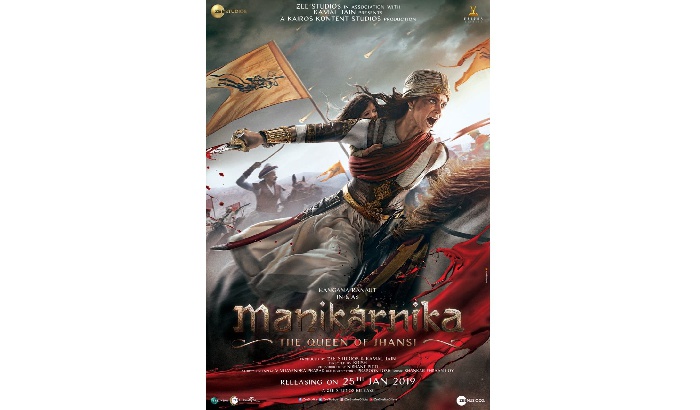 Over the last couple of years, Kangana Ranaut has become a one-woman force in Bollywood — shouldering films solo, picking up many awards, and also calling out the film industry’s double standards, from nepotism to gender bias.

Now, Kangana becomes one of the first among her contemporaries to turn director, stepping in to helm her magnum opus Manikarnika midway from the original director Radha Krishna Jagarlamudi (aka Krish).

In a recent interview, Kangana spoke about her filmmaking ambitions, “I always wanted to direct films. These days, you generally hear of directors wanting to be actors, and not the other way around (laughs). Even those actors who direct don’t really do it full-time. They feel that they have got a certain amount of acclaim and popularity as actors, so why should they give that up and only direct films. It may sound strange, but I have never really identified with being an actress. It’s not my calling, direction is.”

On what it was like directing a cast that comprises many veterans in Manikarnika, Kangana said in the interview,“I got a phenomenal team of actors and they are all so experienced, I didn’t have anything to tell them. Even Jisshu (Sengupta, who plays Manikarnika’s husband Gangadhar Rao) for that matter is so good, what does one tell him? I never took more than one or two takes for a scene and that surprised people on set.”

A story about Rani Laxmibai and her fight against the British East India Company, Manikarnika: The Queen of Jhansi releases in cinemas on 25th January 2019.