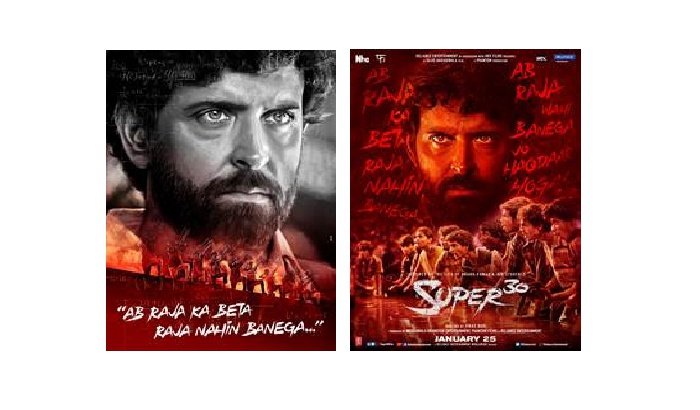 Hrithik Roshan unveils the first look posters of his upcoming film Super 30, inspired by the life story of genius mathematician Anand Kumar and his students.

Hrithik Roshan took to social media to share a series of posters of Super 30, where he plays a maths wizard from Bihar, who created the programme Super 30, coaching children from underprivileged communities in Patna to crack the elite IIT examination.

In the first poster, a stern looking Hrithik Roshan’s tight shot dominates the poster, with the words, “Ab Raja Ka Beta Raja Nahin Banega…Ab Raja Wahi Banega Jo Haqdaar Hoga! (From now on, a king’s son will not become a king, they will only be a king if they deserve it),” written on it.

Towards the bottom of the poster, brushed in red, stand a row of young boys, each taking aim.

An innovative digital first for Bollywood, the film is also capturing the attention of the digital community with the launch of the AR Filter that was created for the film in association with Facebook.

The film releases worldwide on 25th January 2019 through Reliance Entertainment.