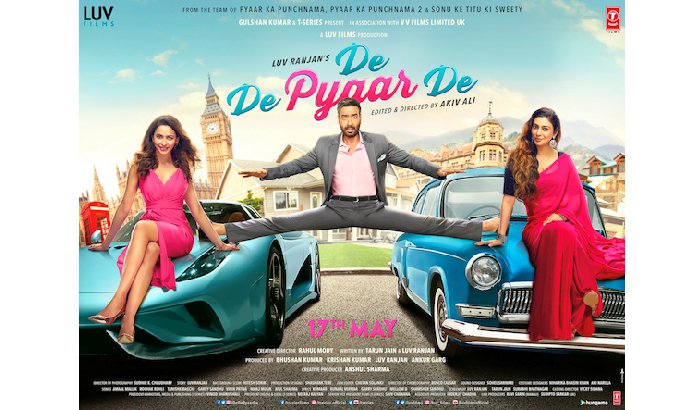 This is a vibrant and peppy song picturised on Ajay and Rakul, where she is seen having a ball and shaking a leg at their friend’s brunch wedding. Vaddi Sharaban also shows some endearing moments of Ajay and Rakul’s affaire de coeur. It’s picturization blends the splendour of a Punjabi wedding with the majestic landscape of Leeds castle, lake and garden.

Director Akiv Ali says, “Vaddi Sharaban is a smashing number picturized on Ajay and Rakul. As it’s sung from Rakul’s characters point of view, it was created keeping in mind, both- her chilled-out, carefree attitude and the occasion (wedding party). Dressed in a sari, Rakul had to brave the chilly and windy London weather while all of us were cushioned under warm layers. Vaddi Sharaban is my kind of fun song and we had a blast shooting it. I’m personally quite excited about it, as it’s our film’s first song being shared with the audience.”

Vaddi Sharaban is scored by Vipin Patwa. Talking about the song he says, “Though this song is picturised on Rakul and reflects her attitude, it will resonate with all age groups. Vaddi Sharaban is the hook word of the song. It’s relevant to the storyline and hence, it is the first song to be released.”

The lyrics have been penned by Kumaar, sung by Sunidhi Chauhan and Navraj Hans and the song is choreographed by Bosco Caesar. De De Pyaar De is directed by Akiv Ali. Produced by T-Series’ Bhushan Kumar, Krishan Kumar and Luv Films’ Luv Ranjan and Ankur Garg, the film will release on 17th May 2019 and is distributed by Yash Raj Films in the UK.