Baap Re Bapp: Akshay Kumar the master of disguise 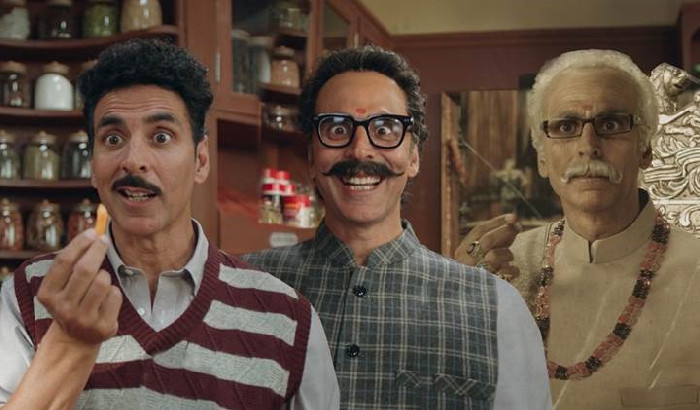 Bollywood superstar Akshay Kumar has surprised his fans once again with a picture shared of him on social media in three completely different looks.

In the picture, the actor is seen as a young man on the left, a jolly middle-aged man at the centre and as a balding old man on the right and captioned it saying #BaapReBaap.

In all three looks we can see Akshay Kumar sporting a moustache posing against the backdrop of a grocery store.

Akshay Kumar shared the picture across social media and captioned it saying ‘Ek se bhale do, do se bhale teen…Baap re Baap, A Masaledaar entertainer coming your way soon. Watch out! #BaapReBaap’

Akshay Kumar has three exciting films lined up for 2020.

The actor will be seen next in Rohit Shetty’s cop universe saga Sooryavanshi, followed by horror-comedy Laxmmi Bomb and he will be ending the year with historical drama Prithviraj based on the heroic Prithviraj Chauhan.