Baaghi 3 ‘Bhankhas’: Get ready for this year’s biggest Shaadi song 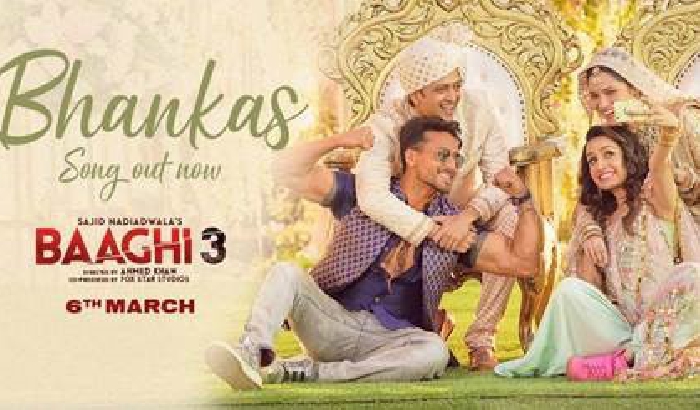 The latest chartbuster ‘Bhankas’ from Tiger Shroff and Shraddha Kapoor’s upcoming film Baaghi 3 is out now and it is definitely going to rule all the weddings this year.

In the high-octane music video we can see Tiger Shroff and Shraddha Kapoor showing us some killer dance moves which are sure to become a hit this year amongst all weddings.

The music video has been reportedly shot over three days in Mumbai with more than 300 background dancers involved.

With less than three weeks left for the films release the excitement of the fans have increased to witness what the film has to offer.

Baaghi 3 tells the story of Ronnie and Vikram who are brothers sharing an unbreakable bond.

Since childhood, Ronnie always comes to the rescue whenever Vikram falls in any trouble. Their journey begins when a certain turn in events, leads Vikram to travel abroad to complete some work.

On this trip, Vikram gets kidnapped by people who are not to be messed with but as Ronnie witnesses his brother getting beaten and kidnapped, he knows that he will do whatever it takes to destroy anyone and anything that stands in the way of Vikram’s safety.

Ronnie goes on a rampage of destruction to see his brother safe again, even if it means that he independently has to take on an entire country.