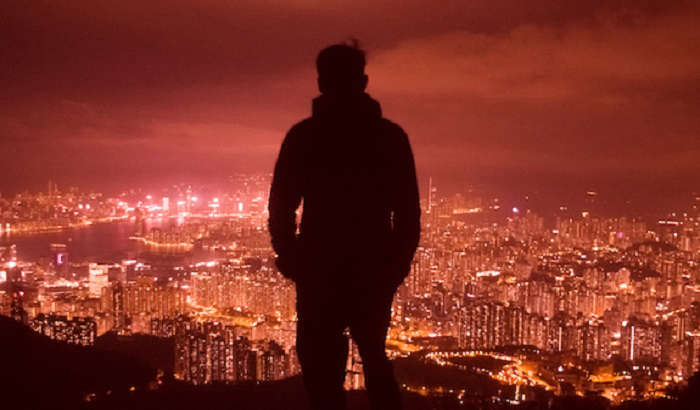 As China celebrates its national day on 1st October, award winning investigative documentary on the Hong Kong protests and its fight for democracy marks its Austrailian premiere at Brisbane International Film Festival 2021

With China’s National Day on 1st October, provocative and inspiring investigative documentary When A City Rises, which won the F:ACT Award at CPH: DOX 2021, announces that it will mark its Australian Premiere at the Brisbane International Film Festival on 24th October 2021 and will feature as a key title in the strand ‘Grit, Power, Politics’. Directed by a collective of seven filmmakers, it depicts the Hong Kong protest movement and its fight for democracy and freedom rights.

The film will then go on to premiere at Warsaw International Film Festival and New Zealand Film Festival in October and Sydney Film Festival then Norway film from the South in November. The film recently premiered in France on ARTE TV and will soon have is German TV premiere on WDR on 6th October.

When A City Rises invites the audience to live the resistance movement from within and offers a rare glimpse into the daily struggles of regular people who find their lives intertwined with a historic struggle for democracy. It is a story of hope, love, chaos and solidarity among strangers.

The protest movement began in June 2019 when the Hong Kong government proposed a repressive extradition bill that would have allowed Mainland China to summon people across the border for trial in its highly politicized legal system. More than a million marched in what quickly became the largest pro-democracy movement in the city’s history.

“At the beginning, the world’s attention was on Hong Kong. Journalists and broadcast media jetted in to capture the exhilarating standoff between protesters and police,” said one of the directors Cathy Chu. “But as international attention waned, it became clear the movement was not getting enough reporting. That motivated us to go into the homes and campuses of protesters to find the story behind the gas mask.”

In 2020, China passed the national security law in Hong Kong, making dissent punishable with jail time. For the protagonists, the prospect of arrest looms as they debate whether to flee and what it means to be loyal to their city. The stakes for documentary filmmakers have also never been higher. State-backed media have attacked documentaries on the Hong Kong protests, so it is unlikely When A City Rises will ever play in a single Hong Kong cinema.

Narrated by Eve, a student, the film follows three sets of characters, including a teenage couple in love, a student leader, and a father, while they navigate the protest movement. As the optimism of the early marches fades in the face of an unrelenting crackdown on the city’s freedoms, each must confront their own fears and find out exactly how much they are willing to risk for change. Relationships break and form amidst tear gas, rubber bullets and a global pandemic, whilst China’s People’s Liberation Army await just across the border.

The world has seen the iconic images of protesters covered in black, tossing back tear gas, waving black flags, protesting against the authoritarian superpower that is China. It is easy to be caught up in the action, in the glorification of bravery and sacrifice. But away from the limelight, who are the people concealed underneath their masks? What are the protesters really fighting for?

According to Screen International: “A wealth of nerve-shredding footage and impressively nimble work in the edit results in a film which is not only one of the most complete accounts of the Hong Kong pro-democracy protests to date, it’s also, at times, an unbearably tense picture which unfolds with urgency of a thriller.”

On winning the F:ACT Award at CPH: DOX 2021, the jury wrote in their statement: “As a jury, we were awed by their bravery, their vision and their dedication. […] This film by a directing collective of young people shines a light on the brutality of China’s oppressive policies and actions through the intimate stories of a small group of activists on the frontlines of the democracy movement. […] We hope that our chosen film receives the widespread international attention it deserves and as the best investigative films sometimes can, plays a role in changing the world.”

WHEN A CITY RISES has its Australian Premiere at the Brisbane International Film Festival on 24th and 29th October and its German TV premiere on WDR on 6th October.