Q&A with Bobby Deol on Race 3

Well I’ve been working really hard and trying to get work. I’ve been going out to get work. I remember I met Salman, Salman said “You know everybody goes through ups and downs. You know like I climbed onto your brothers back to move forward”. So, I said “Mammu let me climb onto your back” and he just laughed, and he said, “Yes definitely I will think about something”. We tried to do something together, but it didn’t work out. Suddenly one day Salman called and says “Mammu shirt utharega?” and I said “Mammu mein kuch bi kharega”, and that’s how I got to go and hear the script of Race 3.

More than re-inventing I did restart my life, and restarting was just being basic. What is a basic necessity for an actor is to be fit, healthy and look sharp and positive. I started looking after my health, I started working out, eating right kind of food and believing that things are going to happen. A positive attitude has really helped me to change and look the way I do.

Race 3 is 3 times better than the first 2. There’s 3 times of everything in it. Action, family drama, songs. I’m sure people are going to enjoy it because a lot of effort has gone in. It has everything in it like a proper commercial film with songs and drama and action.

It was awesome. Salman is such a big superstar but, yet he is so down to earth and so selfless. Salman is just somebody who likes to do good for other and when we were working he made everyone so comfortable, so it was great fun working with him.

Well, there’s always good and there’s always bad. Good is very less and bad is always more but reviews always come, and everybody has a free will to say what they feel. It doesn’t really matter because at the end of the day the work and the product speaks for itself.

There’s nothing like easy or difficult. When I’m working with others I just look at myself as a character and I just become a part of what I’m doing. It’s fun working with a lot of actors because everybody has their own styles and it just motivates you to do better.

I think it’s a really great soundtrack. It has all kinds of styles of music and I really enjoyed Heeriye and I really liked Selfish, so these are two of my favourite tracks.

There’s improvisation in every film when we shoot, there’s always certain elements that get added on set and definitely this is a Salman Khan film. it has to have that kind of humour. It has all those things which all the Salman Khan fans would love to see.

I’m a school teacher in the movie. I’m joking, I can’t reveal anything about my character. I can only say that he is a very cool, suave and stylish character that I play in this film. That’s all I can say.

Well I hope it rocks and becomes bigger than the other 2. But then I always wish that all my films become big hits. 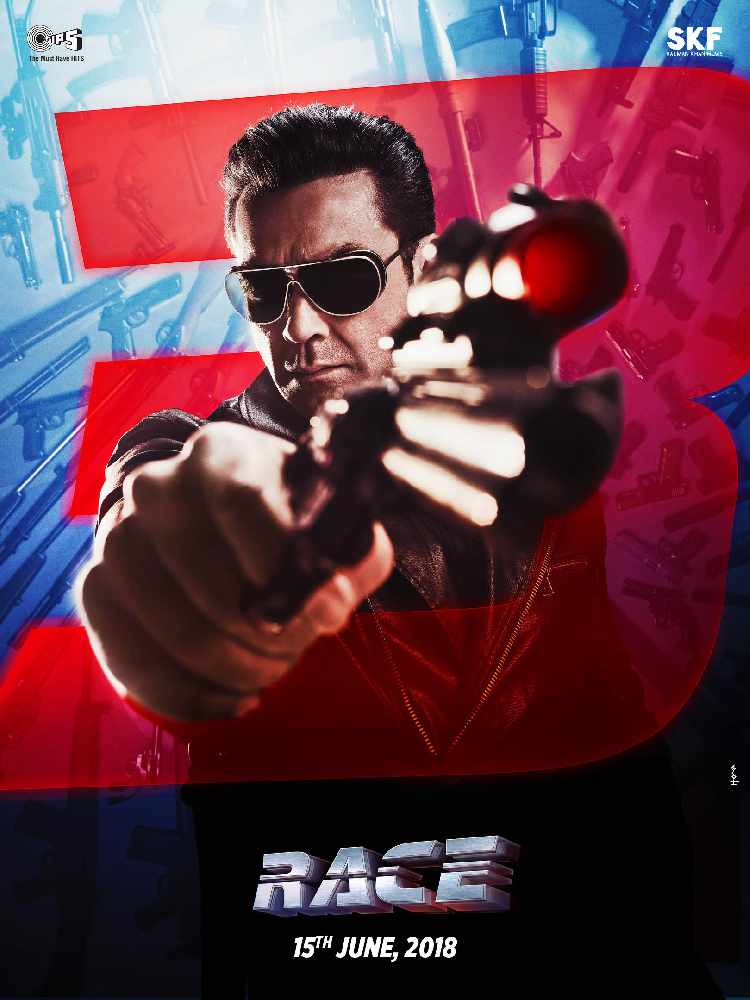