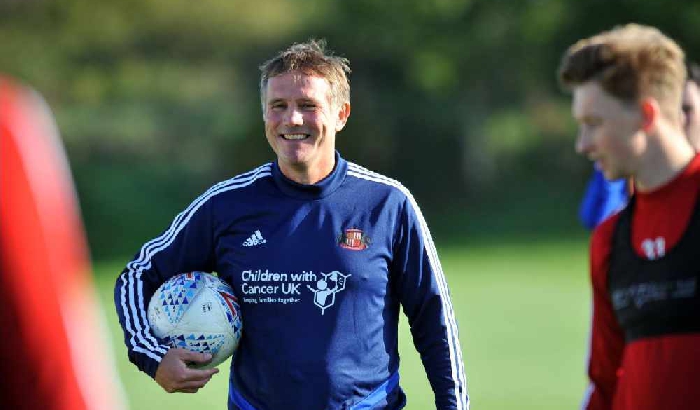 Sunderland have announced Phil Parkinson as the club's new manger, following the dismissal of Jack Ross on 8 October

A club statement regarding the appointment read: Sunderland AFC is delighted to announce Phil Parkinson as the club’s new manager.

The 51-year-old, who arrives with a proven track record and an excellent reputation within the game, has signed a two-and-a-half-year deal at the Stadium of Light and will be joined by his assistant Steve Parkin.

Parkinson met the squad on Thursday morning before taking his first training session, as focus shifts towards his first match against Wycombe Wanderers on Saturday.

Born in Chorley, the new Black Cats boss has achieved promotion on three occasions during an impressive 16-year career in management that is littered with accolades.

After taking up the reins at the SoL, Parkinson said: “It is both a privilege and immense responsibility to be appointed manager of this great club. I’ve been in football a long time now, and Sunderland’s immense history, the passion of its fanbase and its wonderful facilities are legendary within the game.

“It’s now up to me to build on the work of my predecessor and deliver the success the fans are so desperate for. This is a good squad of players, and I relish the challenge of working with them to achieve our goal of promotion from League One.”

SAFC’s chairman, Stewart Donald, added: “Phil has a proven track record when it comes to achieving promotion and I’m delighted to welcome him to Sunderland.

“During a rigorous recruitment process, it gradually became clear that he was the prime candidate to take the club forward. His CV put him on our short list. His references from within the game set him apart.

“I hope that Sunderland fans will all join me in welcoming him to our historic club, as we look forward to an exciting few months.”

Parkinson started his playing career with Southampton before going on to represent Bury and Reading, earning promotion on three occasions with the Royals.

A move into management followed and Parkinson achieved immediate success, as he upset the odds and guided Colchester United to the Championship before spells at Hull City and Charlton Athletic.

Parkinson, who has been named as the League One Manager of the Month on seven occasions, received the LMA Special Merit award for his exploits.

Bradford’s run to the FA Cup quarter finals in 2015 included a famous 4-2 victory over then Premier League champions Chelsea at Stamford Bridge.

He moved to Bolton Wanderers in June 2016 and after leading the Trotters to their best start to a league campaign in 82 years, his first season in charge ended in promotion to the Championship. He then kept Bolton in the Championship the following season, despite operating under a transfer embargo.

Parkinson remained in charge at Macron Stadium until August 2019.