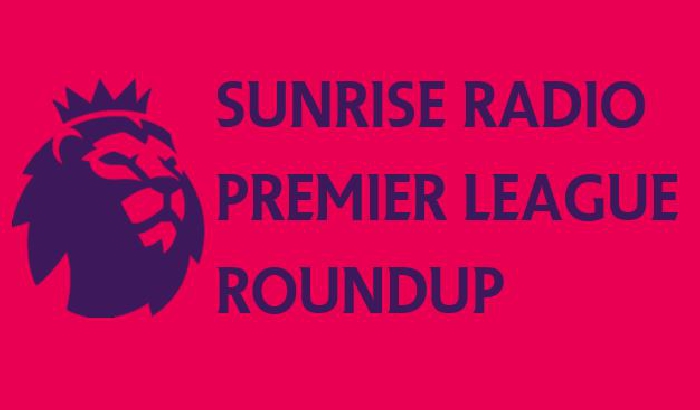 A full roundup of game week 14 of the Premier League, including the team of the week.

Last season Manchester City dropped only 16 points. So far this season they have dropped 13 points after once again failing to beat an opponent struggling to stay above the relegation zone. Each time Newcastle went behind they responded brilliantly, scoring within at least six minutes of going behind. There were some sensational goals at St James’ Park, but the pick of the bunch has to be Kevin de Buryne who notched City’s second with a thunderous volleyed effort that crashed in off the bar, leaving Martin Dubravka no chance.

Liverpool have won over half their league games by a score of 2-1 so far, with the win over Brighton becoming their seventh 2-1 win in the Premier League this season. Virgil van Dijk scored two headed efforts after crosses from Trent Alexander-Arnold in the first half to give the Reds a comfortable lead, but Jurgen Klopp’s men seemingly never do things the easy way anymore. Alisson was sent off in the second half for handling the ball outside his area, with Lewis Dunk slotting past Adrian from the resulting free kick. The hosts were able to hold on, despite the late scare, and took their points tally to an impressive 40 for the season.

After Jordan Ayew’s opener was ruled out for Patrick van Aanholt being offside in the build-up, Wilfried Zaha was on hand to score his second goal of the season for Crystal Palace in a mid-table clash against Burnley, with the Ivorian driving in to the box and firing past Nick Pope at his near post.  Jeffrey Schlupp doubled the visitors lead in the second half and Roy Hodgson’s men were able to see out a comfortable victory, moving them within touching distance of the top half of the table.

In perhaps the biggest shock of the weekend, a struggling West Ham, side registered their first win since September and beat Frank Lampard’s title challenging Chelsea, dealing them their second defeat in as many games. An early second half goal from Aaron Cresswell decided the game, with Chelsea slipping into fourth place.

Jose Mourinho continued his 100% start to life as Spurs boss with an exciting win over Eddie Howe’s Bournemouth. A double from Dele Alli, and a goal from Moussa Sisssoko gave Spurs a comfortable three-goal lead, but the visitors didn’t make it easy for the North Londoners to see out the win. Two goals from Liverpool loanee Harry Wilson gave the Cherries some hope, before a last gasp chance was squandered by Callum Wilson, denying the visitors their share of the spoils.

The Hornets were denied their second win of the season and remain rooted to the bottom of the table after Southampton came from behind to claim victory in the early season relegation six-pointer. Ismaila Sarr opened the scoring for the visitors after 24 minutes. However, second half goals from Danny Ings and James Ward-Prowse denied Watford the chance of moving off the foot of the table and kept them six points adrift from safety. Meanwhile, the Saints moved up to 18th, only two points shy of safety.

Following Unai Emery’s sacking on Friday after Arsenal fell to defeat at the hands of Eintracht Frankfurt in the Europa League, Gunners legend Freddie Ljungberg took the helm of what is fast becoming a sinking ship. The Swede didn’t get his managerial tenure of to a particularly pleasing start either, with his men failing to beat a struggling Norwich side. Teemu Pukki and Todd Cantwell were on the scoresheet for the Canaries, although Pierre-Emerick Aubameyang was on hand to bail the Gunners out once again, ensuring they didn’t suffer yet another embarrassing defeat.

The 2018/19 and 2019/20 season’s surprise packages met in the Premier League for the first time ever over the weekend, and cancelled each other out, as Wolves attacking flare was quelled by Sheffield United’s defensive discipline. Lys Mousset opened the scoring for the visitors in the first few minutes, before Matt Doherty equalised in the second half, ensuring both sides left with a point and remained in contention for Europa League qualification.

After Saturday’s results Leicester went into the match against Everton knowing a win would take them clear of Manchester City and leave them as prime candidates to challenge Liverpool for top spot, and that’s exactly what they did. Richarlison gave the Foxes a scare by putting the Toffees ahead in the first half, but Jamie Vardy and a last gasp winner from Kelechi Iheanacho ensured Brendan Rodgers’ side would continue to keep the pressure on the league leaders.

Manchester United continue to struggle in their endeavours to find form, with the 20-time English champions dropping points for the 10th time this season. Aston Villa raced into an early lead, with Jack Grealish scoring the opener, before a Marcus Rashford header cannoned in off Tom Heaton’s back to draw things level. The Red Devils did find themselves leading for a short time after a Victor Lindelof goal, although their joy was short lived as Tyrone Mings made it 2-2 just minutes later.

Sunrise Radio’s Team of the Week