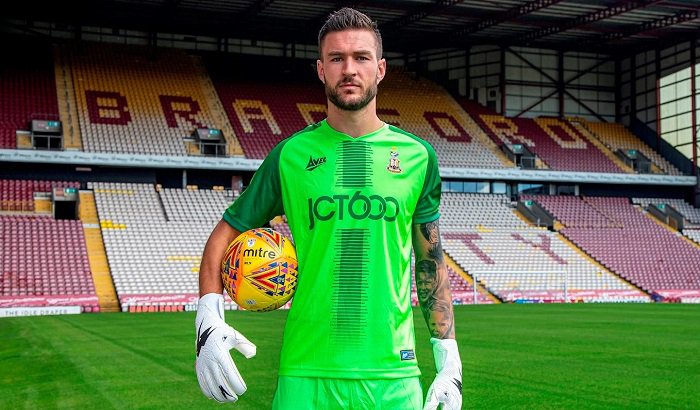 Bradford City is delighted to announce that Richard O’Donnell has put pen to paper on a two-year contract extension.

The goalkeeper first arrived at the Utilita Energy Stadium from Northampton Town in 2018 - and has made 83 appearances in City colours.

The popular 31-year-old carries a wealth of EFL experience, having previously plied his trade with Sheffield Wednesday, Walsall, Bristol City and Rotherham United.

The shot stopper is thrilled to have extended his stay in West Yorkshire.

He said: "I am delighted to get this deal over the line. As soon as the offer was made, it was pretty clear what I wanted to do.

"When the gaffer first told me he wanted me to stay, I said straight away that this was the club I wanted to be at.

"My family have all really taken to Bradford City over the past two years and it was a no-brainer for me, once the offer was on the table."

Bantams boss Stuart McCall was equally as pleased to have secured the services of his No.1.

He added: "We are delighted to have an experienced goalkeeper like Richard with us again for the next two seasons.

"Due to the current circumstances, it has taken a while for us to actually put a solid deal on the table, even though we have remained in constant dialogue with him.

"He has accepted a deal on reduced terms and turned down other offers from elsewhere, which I think speaks volumes of his loyalty to our club."