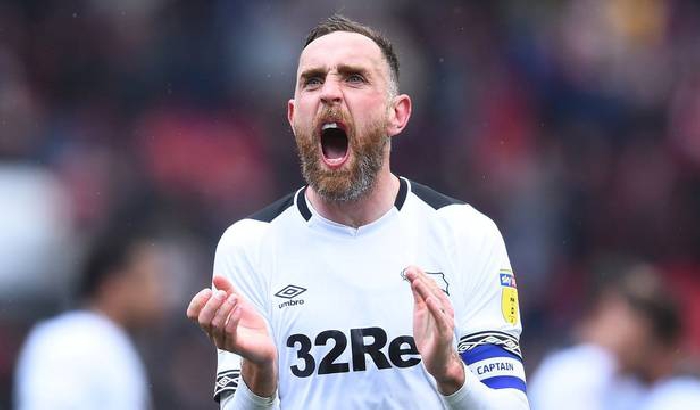 Derby County have sacked captain Richard Keogh for gross misconduct over his involvement in a crash that led to the arrest of two of his teammates.

Keogh, 33, sustained knee ligament damage and was ruled out for up to 15 months after Tom Lawrence crashed into a lamppost last month.

Regarding the incident, Derby released a statement, saying that they had "completed the disciplinary hearing regarding Richard Keogh in respect of his involvement in the events of Tuesday, 24 September" and that his contract had been "terminated with immediate effect".

In the statement, the Championship club said: "As we have said from the outset, the club will not tolerate any of its players or staff behaving in a manner which puts themselves, their colleagues, and members of the general public at risk of injury or worse, or which brings the club into disrepute."

Keogh, who was contracted to Derby until the end of June 2021, has 14 days to appeal against the decision.