Protests in Pakistan after bodies of three young boys found 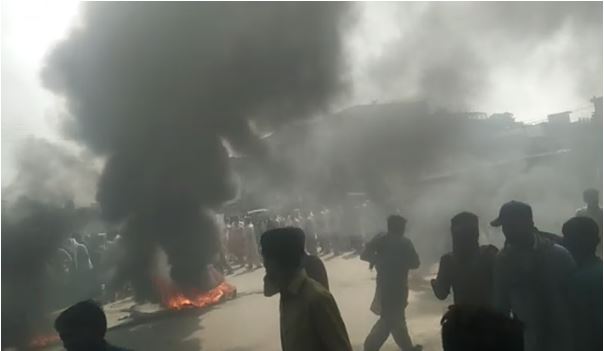 Large crowds of angry protestors have gathered in Pakistan following the death of three boys.

The bodies of two eight-year-olds and one nine-yea-old boy were recovered on Tuesday, with all three having gone missing since the start of August

A post-mortem has confirmed that one of the boys was raped before he died, with post-mortem results of the other two boys yet to be revealed.

On Wednesday crowds in the Chunnian area blocked roads and burned tyres, with the local police station being surrounded and pelted with stones.

The case has drawn outrage as a result of the perceived apathy of the police in their search for the perpetrators.

The uncle of one of the boys Muhammad Ashraf, said: "He left home in the evening to play as usual, but he did not return at night.

"Sadly, the police did not co-operate with us in the search for the children."

These fresh cases have drawn comparisons with a 2018 case, where Zainab, a six-year-old girl, was raped and killed, with her attacker receiving the death penalty in October last year.