19 dead in India after truck container collides with bus 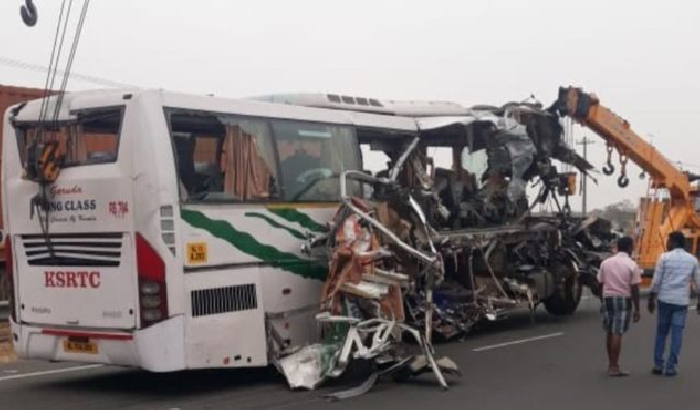 At least 19 people have been killed in southern India after a container slipped off a truck and collided a passenger bus.

The bus was on a highway when the container slipped off the truck, which was in the opposite lane. It then rolled onto the other side, colliding with the bus.

Speaking on the incident, a transport official revealed the severity of the incident, saying: "There were about 48 people in the bus, and several are in a critical condition.”

The Volvo bus, owned by the Kerala state transport corporation, was travelling from Bangalore city in the neighbouring state of Karnataka to Ernakulam in Kerala.

Police investigations into the incident are ongoing.