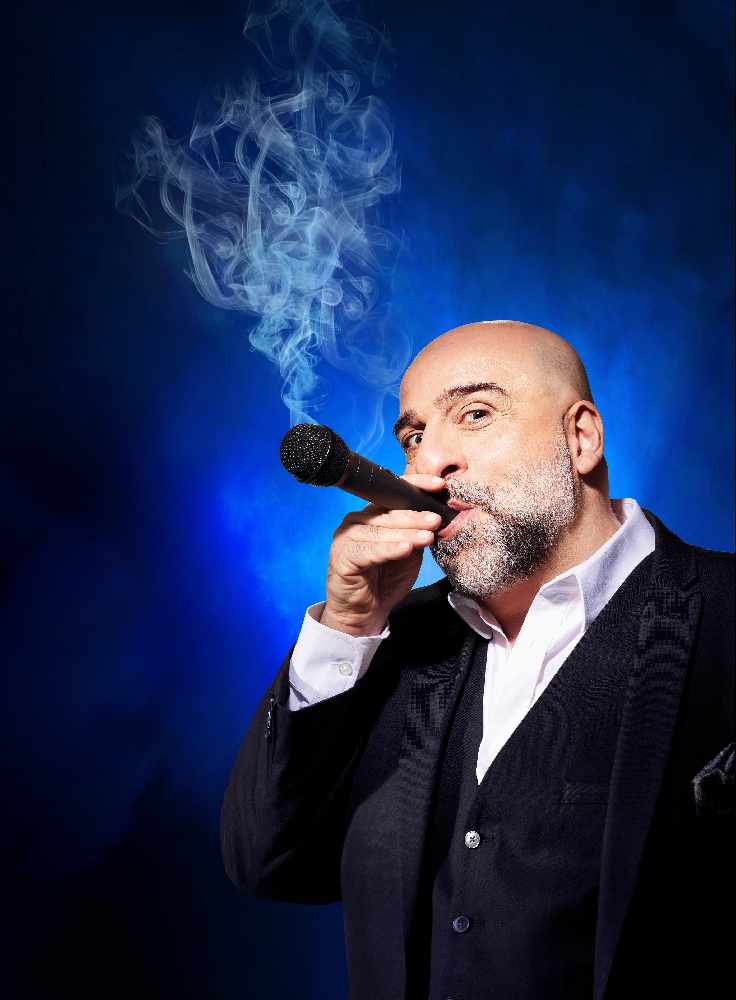 After experimenting with a Zoom gig where he got muted by 639 people and a Drive-in gig where Omid witnessed an audience member get out his car, attach a hose pipe to his exhaust and feed it through the window; multi award-winning comedian and actor Omid Djalili is now where he belongs, on a stage and bringing back the Good Times.

Intelligent, always provocative, entertaining, Omid’s legendary stand-up performances are a captivating comedy masterclass. His credits range from Hollywood films to television and the West End stage. Earning praise across the world for his performances, Omid is seen hosting his own ITV quiz show The Winning Combination. He appeared in the smash hit Mama Mia 2: Here We Go Again, His Dark Materials for BBC1 & HBO, and Letter For The King on Netflix. Omid also gained rave reviews for his leading role of Tevvye in the Chichester Festival Theatre production of “Fiddler On The Roof”.

“So hysterically funny and at the same time so poignant and powerful that calling it stand-up barely does it justice.” - Michael Levin, Huffington Post

The event runs from 8:00pm to 10:00pm on the following dates.
Select a date to add this event to your calendar app.