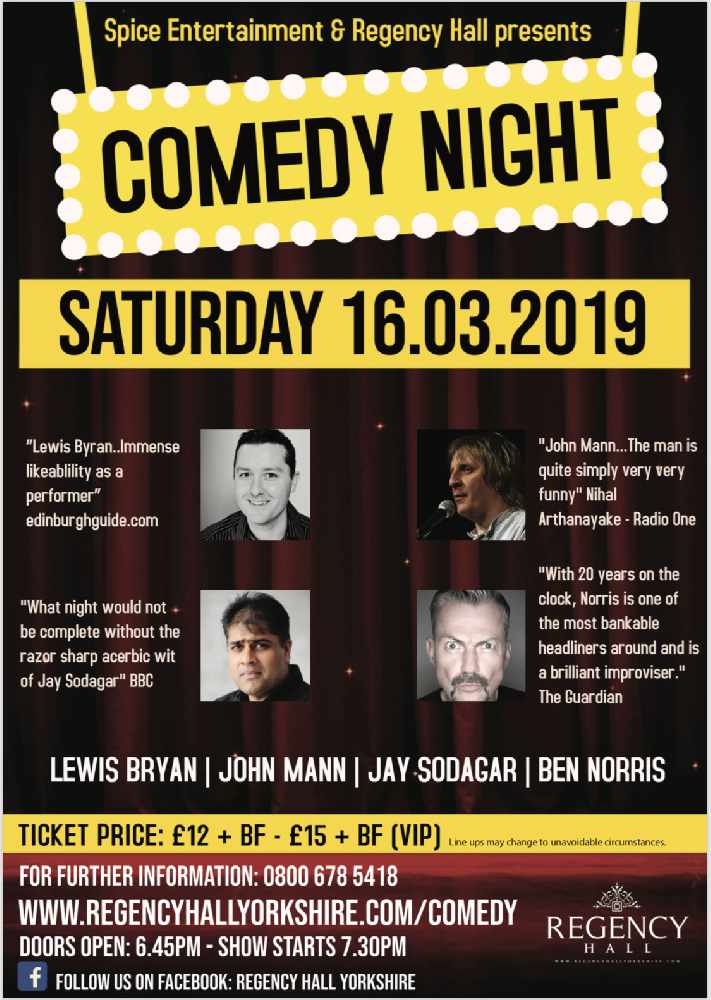 Guaranteed to be a great night out!

Our host for the evening will be the wonderful comedian Lewis Bryan! (Selected for the Final of the UK Pun Championships by Leicester Comedy Festival / Semi-Finalist of English Comedian of the Year)
“Lewis Bryan…immense likeability as a performer” edinburghguide.com

Credits include: “Mock the week” (BBC 1), “The Comedy Store” (Paramount and Comedy Central), “Never mind the Buzzcocks” (BBC 2), “They think it’s all over” (BBC 2)
“…one of the comedy circuits best improvisers” Daily Mirror
“…a splendidly funny live stand-up” Timeout

This show is for Adults only.
Although all our lineups are 100% confirmed and signed. Unforeseen circumstances may result in change of lineup.

The event runs from 6:45pm to 10:00pm on the following dates.
Select a date to add this event to your calendar app.