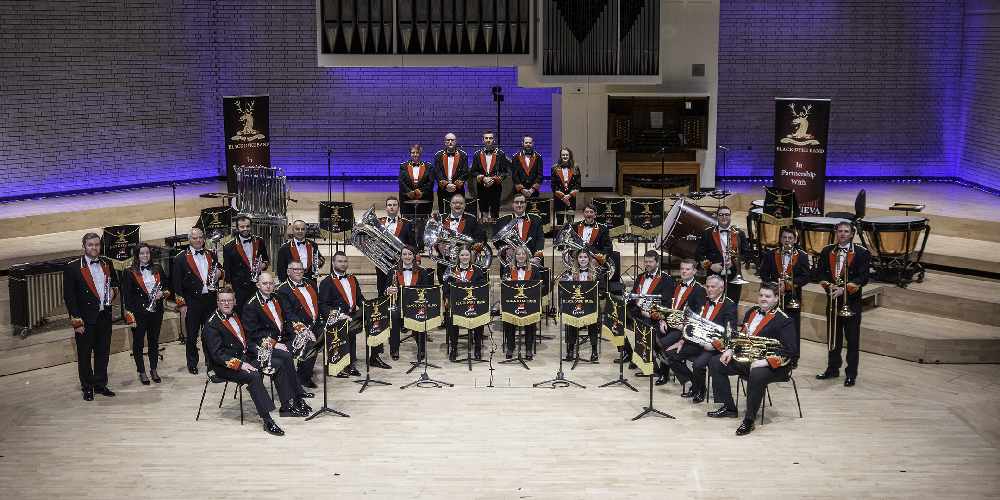 Join us this December as Black Dyke Band and the Bradford Cathedral Choir come together for an incredible Christmas concert.

Doors for the event will open at 6pm and there will be refreshments available before the 7pm start time and at the interval. The concert will be 2 x 45m acts with a 20-minute interval.

For more information, and to book your tickets, visit our Eventbrite page.

In 1816 Peter Wharton founded a brass and reed band in the Yorkshire village of Queenshead – later to become Queensbury. John Foster, apart from being the founder of Black Dyke Mills, played French Horn in this band. It has been said on many occasions that Black Dyke was formed from it; however, this is not strictly true, as “Peter Wharton’s band went out of existence through loss of members”. In 1833 a new band was formed named ‘Queenshead Band’, which may well have contained players from the former band. It is reported that this Band reached its zenith from 1838 to 1843, at which time it consisted of 18 musicians”.

Black Dyke Band is the most recorded band in the world with over 350 recordings and growing every year, in October 2020 the band’s recording of music by John Rutter become the first by a brass band to reach No.1 in the classical music chart.

The event runs from 7:00pm to 9:15pm on the following dates.
Select a date to add this event to your calendar app.