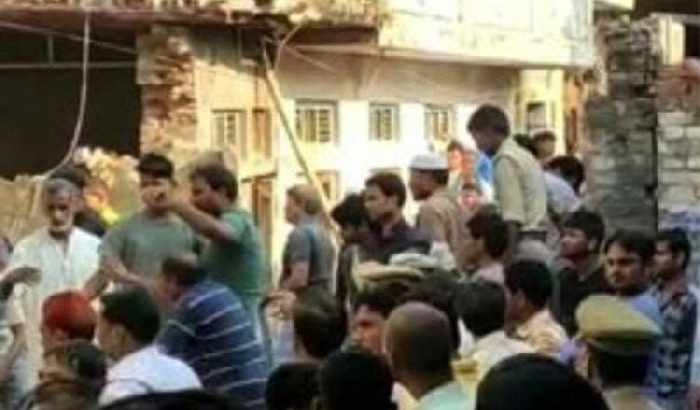 Indian officials have revealed at least 10 people have died following an explosion at a house in Uttar Pradesh, after a cooking gas cylinder ignited.

The building collapsed due to the blast, which took place in a two-storey building in Mau district on Monday.

Rescue efforts are ongoing as officials fear that more people could be trapped in the debris of the building.

Neighbours told local media that they heard a loud explosion and the building was engulfed in fire soon after.

Yogi Adityanath, the chief minister of Uttar Pradesh, has ordered an inquiry into the incident.

Speaking on the matter, Additional Chief Secretary Awanish Awasthi said: "Chief Minister Yogi Adityanath has taken cognizance of the blast in a house in Walidpur in Mau.

"He has expressed his deepest condolences to the family of the deceased and directed all officers to immediately provide all possible relief and medical help to the injured persons."